Signs from the demonstrations of 1989

This museum was the highlight of my time in Berlin, and I visited it twice because I was so impressed with the more than 7,000 objects representing 2,000 years of trials, tribulations, joyous occasions and everyday life in German history from the reign of Charlemagne to the departure of the Allies in 1994. The museum not only enthralled me with its portrayal of significant events but also with its depiction of everyday life during the various epochs. The upper floor, where I spent the better part of an entire day, tells a narrative ranging in time from 500 AD all the way to the Germany’s defeat in World War I. The ground floor focuses on topics from the Weimar Republic to the departure of the Allies in 1994. The section on World War II is particularly fascinating. We see Hitler’s ascent to power in 1933 through the historical narrative of World War II horrors.

A plague mask from the 17th century

Perhaps the item that intrigued me the most was a mask with a long beak that doctors had donned when tending to patients with the plague. It reminded me of a commedia dell’arte mask. Doctors wore leather gowns with these masks. Herbs or sponges were soaked with vinegar and placed into the beak in order to filter air. This mask was made of velvet, green glass and leather.

An artwork that I found thought-provoking depicted 19th century German emigrants huddled in a boat, trying to escape the awful conditions of their homeland, trying to build a better life for themselves, on their way to another country. Their sorrow of leaving so much behind and their uncertainty of what awaited them were revealed so well in the 1860 painting by Antonie Volkmar, “The Emigrants’ Farewell.” The sad yet brave people who were risking their lives for a better future moved me. 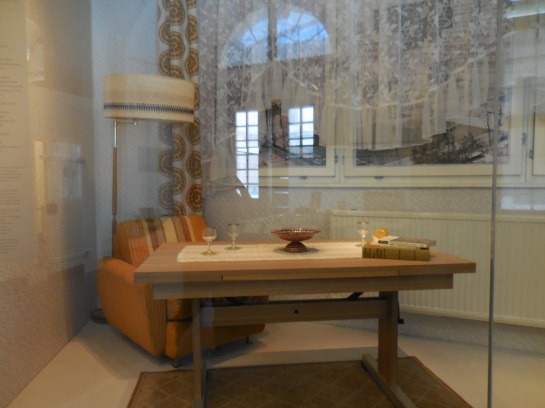 I wondered how my ancestors had felt leaving Slovakia and Bohemia in the Austro-Hungarian Empire for America in the late 19th century. Did they miss their homeland? When they crossed the ocean, did their faces reveal sorrow and uncertainty, too? Had they had second thoughts during their long, arduous journey, or had the hope in their hearts given them strength to weather any storm, to overcome all the inevitable difficulties? 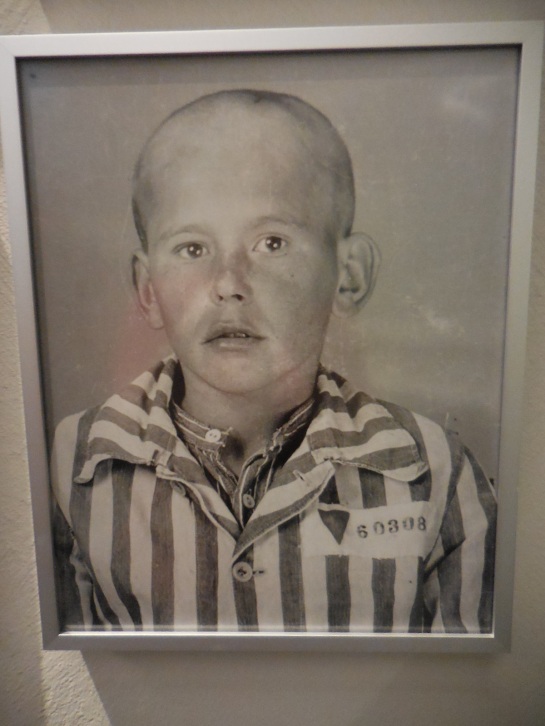 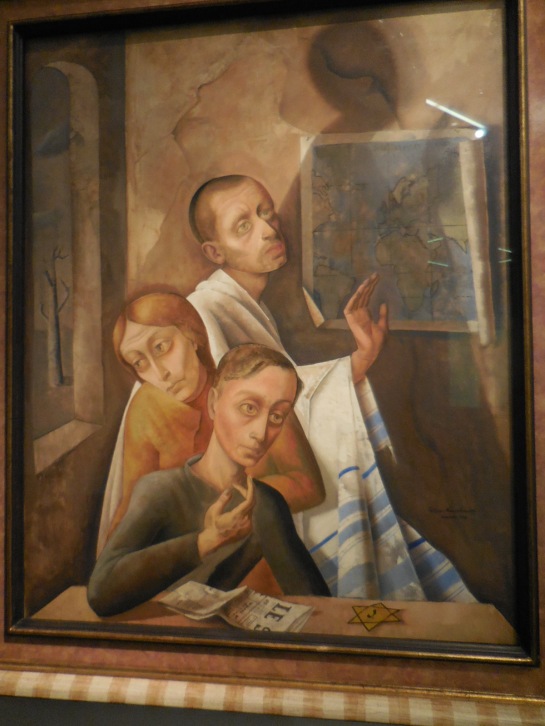 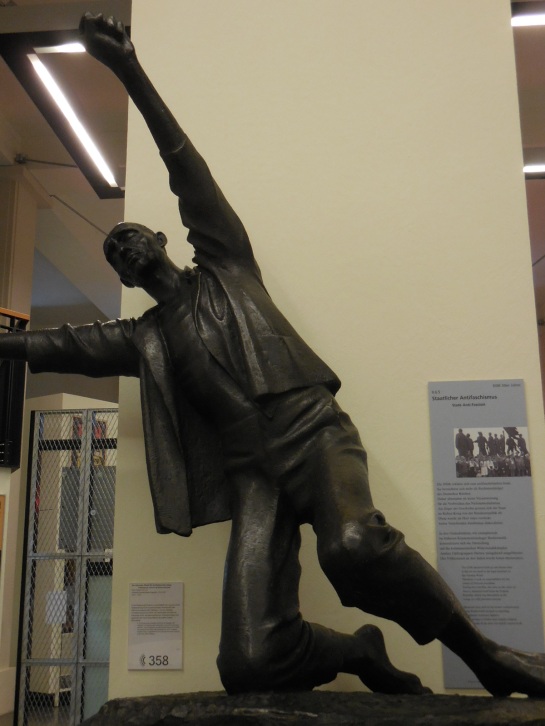 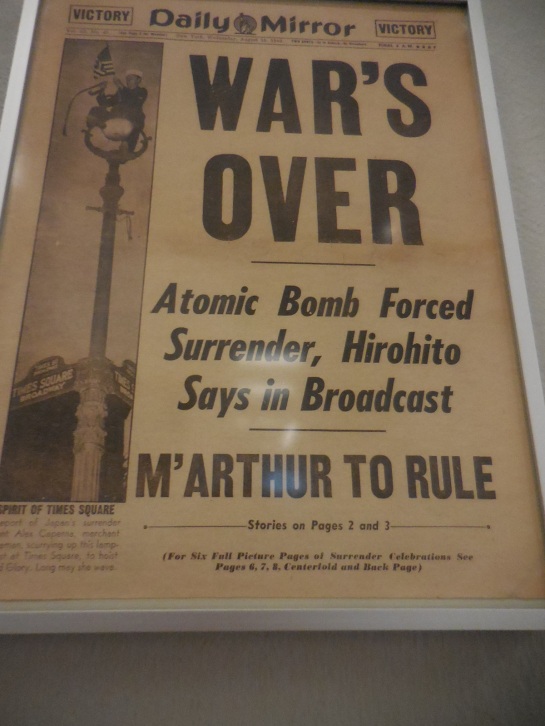 The front page of one newspaper caught my attention. On it a big, bold headline announced, “Hitler Dead.” I could imagine the relief that so many people had felt after perusing those two words. 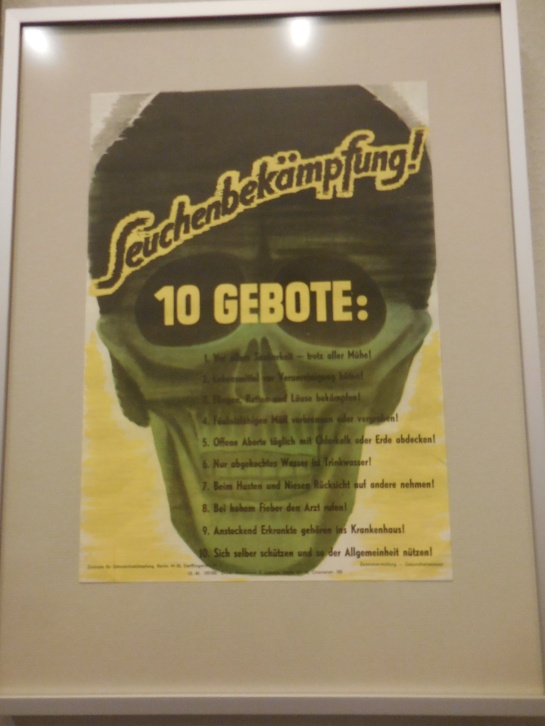 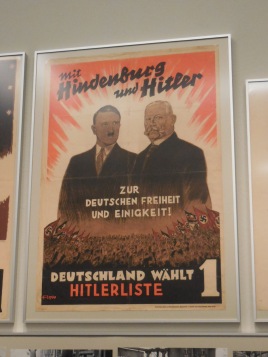 A photograph of a corpse-ridden street in Dresden, shortly after the Allies’ bombing in 1945, made me shiver. I saw the horrors of war vividly in John Hearside Clark’s painting depicting the morning after the Battle of Waterloo, with so many dead and injured lying on the ground. I found the portrayal of the aftermath of the battle in which Napoleon was defeated to be chilling.

Viewing parts of the Berlin Wall, marked with graffiti, triggered memories of my first visit to Berlin in 1991, when I saw parts of the wall still standing. At that time, I had found it fascinating to see how a city could be divided in this way, how two different worlds had evolved from the construction of that wall, one representing freedom, the other oppression. My perspective changed when I went to see the Wall Memorial featuring a standing segment of the Wall during my 2018 visit. Then, seeing the Wall then made my stomach churn and made me want to throw up. I had met too many Czechs and Slovaks who had lived under the Communist regime – which had asserted its own mental walls – to see the Wall as anything but horrific. I was no longer fascinated by the disgusting structure. Living more than 20 years in Central Europe had changed my perspective. 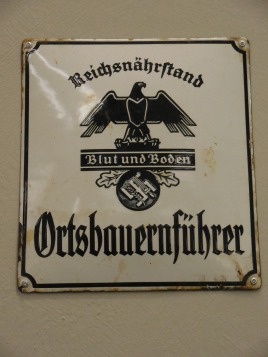 I also took notice of an 18th century ornate Swabian glass bridal crown donned at rustic weddings. I saw a remarkable tapestry of a festive procession of explorers returning from one of the first expeditions to India in 1504. Shields from the 13th century were also on display. A triptych from the 16th century included a panel with the coats-of-arms of the territories governed by Charles V while a likeness of this ruler dominated the central part of the artwork. I also saw handkerchiefs decorated with pictures of current events from the 19th century. I viewed tapestries promoting Nazi Germany plus many posters from that era. 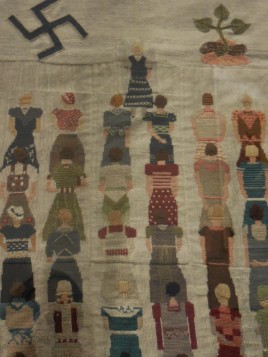 For me my two visits to this museum gave me unforgettable lessons in German history. I learned that when Napoleon beat Prussia in 1806, he took the Quadridge from the Brandenburg Gate with him to Paris. Luckily, it was returned eight years later. I learned that in the 18th century, two-thirds of the population of Germany lived in the countryside as opposed to cities. I learned that the abdication of Emperor Franz II in 1806 had triggered a trend of nationalism in Germany. 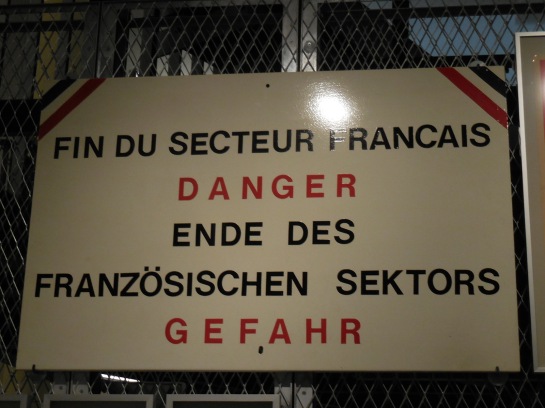 I learned about the industrialization and economic crash of 1873. I learned how the Social Democratic Movement had grown in the 19th century. I learned that the Marxist SPD Social Democratic Party of Germany had the largest membership before World War I started. I learned that 700,000 Germans died of malnutrition and related illnesses in World War I and that, in the summer of 1918, two million US soldiers fought on western front against the Germans. 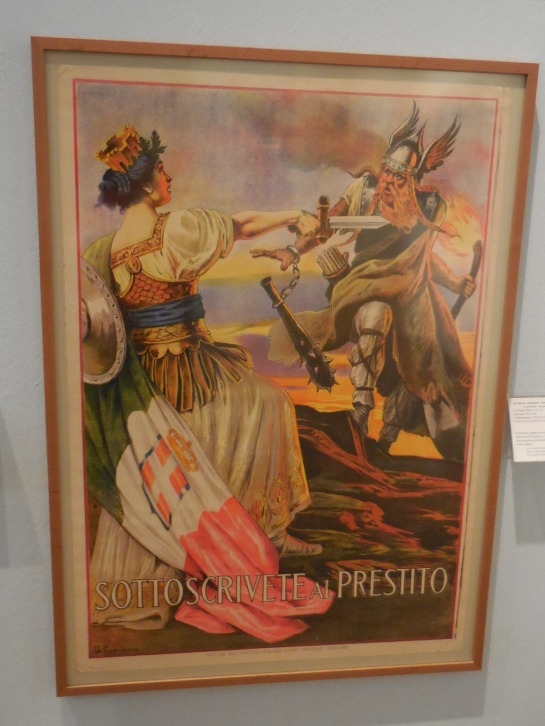 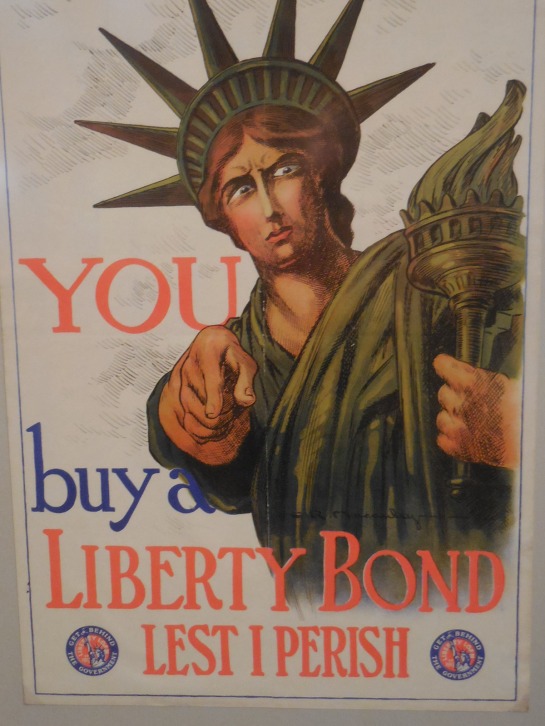 After each visit, I took my time in the atmospheric, bustling museum café and enjoyed an omelet. Then, when I walked out into the sunshine, I realized that the history in which I had been immersed was not only contained on two floors of the museum. It was everywhere, on every street corner, in each building, on the prominent Unter den Linden and down less noticeable side streets. Lessons from German history had allowed Berlin to grow into the vibrant city it was in the present, into a magical place dominated by the Reichstag and Brandenburg Gate but also by the many cafes, busy streets, parks and museums. Most of all, these lessons of history reverberate in the city’s spirit and soul.