The last time I visited Berlin I made sure to peruse the collection of paintings by Pablo Picasso, Henri Matisse, Georges Braque and Paul Klee at the Museum Berggruen, situated opposite Charlottenburg Palace. I am a big fan of early modern art. As a young child, I picked out a book of Paul Klee’s works from my parents’ bookshelves and often looked at the geometric shapes that fascinated me. Seeing Picasso’s masterpieces in Barcelona, Madrid, Paris and many other cities had been thrilling. I think back fondly to an exhibition of Matisse’s cutouts in Ferrara, Italy. I’ve been mesmerized by Matisse’s creations at The National Gallery in Washington, D.C. for ages. The museum also displays sculpture by Alberto Giacometti and African art, which I admire greatly. I recall that the Czech writer and painter Josef Čapek was influenced by African art. Still, I was there to see the paintings by artists of works that had enthralled me for years.

The Berggruen Museum boasts 165 works of art from the collection of Berlin-native Heinz Berggruen. He left Berlin in 1936 and went to the USA and Paris, where he worked as an art dealer specializing in early modern works. He also made a name for himself as an author. Berggruen was the recipient of many awards, including Germany’s High Order of Merit, bestowed upon him in 1997. He died in 2007. The museum opened in 1996. 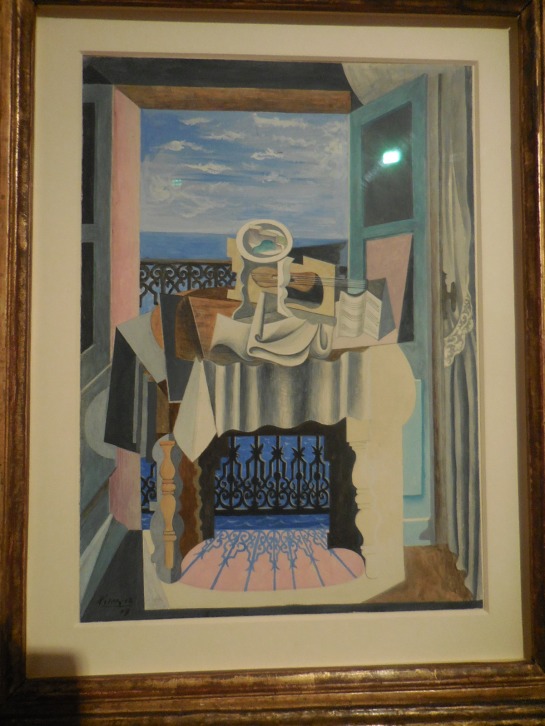 Of all the paintings by Picasso, the one that spoke to me the most was his “Still Life in front of a Window in St. Raphaël,” created in 1919 at a resort in St. Raphaël, France, rendered from his hotel room.

A surreal quality dominates the painting that is Cubist in character. I love the blue of the sea and how the calm sea seems to come into the room that boasts a violin and a blank musical score. The sea gives me a feeling of tranquility. The green door complements the pale yellows and blues, too. 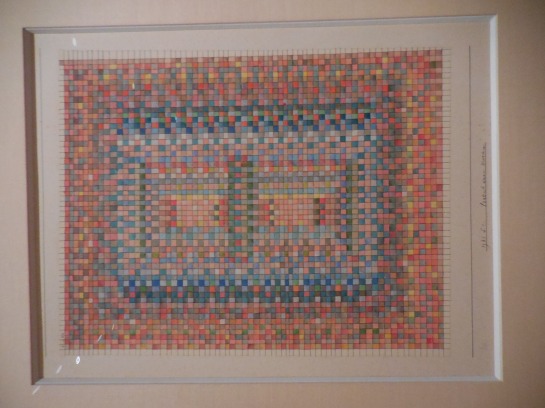 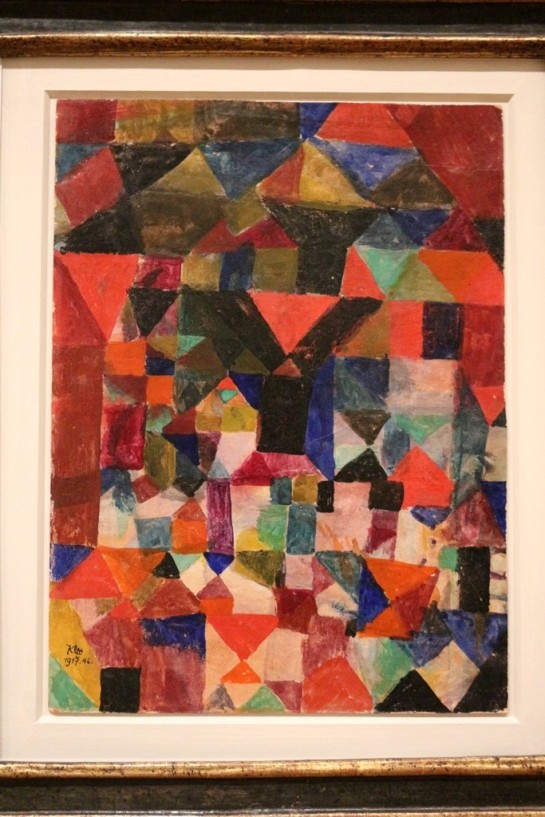 Paul Klee’s “Town-Like Construction,” with a black rectangle at its center, dates from 1917. I could imagine the triangles, squares and rectangles as elements of a town, representing rooftops and facades of buildings. I could feel the bustling city with its constant movement. I’ve always liked visiting cities that have many sights, especially cultural ones. I like the rhythm of the painting that exemplifies the rhythm of a town. I feel as if I am looking at a town from an aerial view.

Matisse’s “In the Studio” was rendered 12 years after my favorite painting by Klee, when Matisse was residing in Nice. I liked the way light seemed to fill the room. I liked looking at the sea stretching into the horizon. As in Picasso’s painting, the sea had a calming effect. The pastel colors emitted feelings of joy and contentment. I love Matisse’s use of pastel colors. The carpet and curtain were portrayed in bright yellow while the sky and sea were represented in amazing hues of blue. The window divides the painting into one section with the sea that has an light quality while the part with the furnished room has a heavy quality.

I left the museum feeling cheerful because I had had the possibility to see works by three of my favorite painters of early modernist style. The next day I would visit Charlottenberg Palace, another gem of architecture with spectacular art. 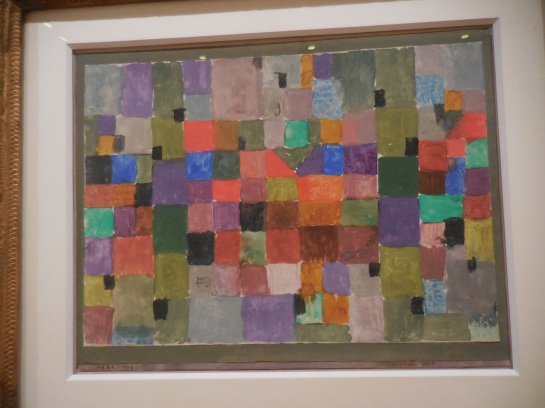 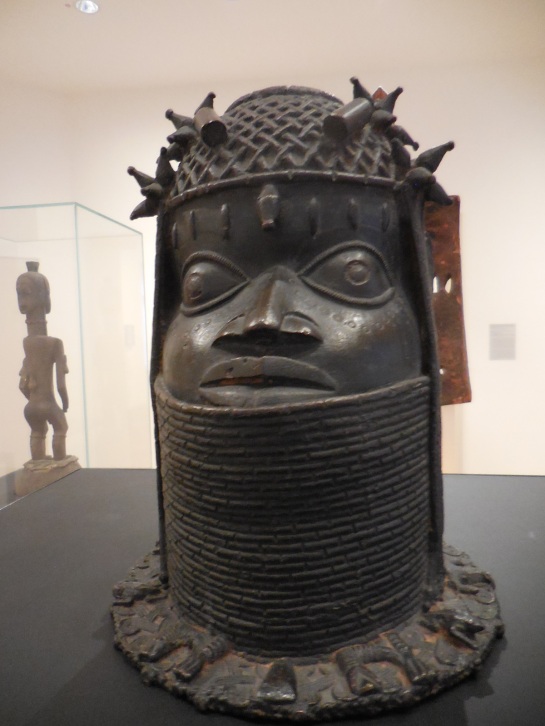