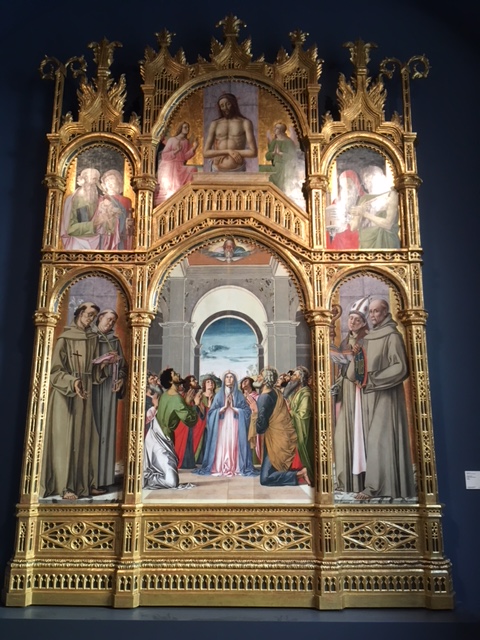 Inaugurated in 1904 as the Kaiser-Friedrich-Museum, the building was designed by Ernst Eberhard von Ihne, and construction lasted seven years. In 1956, the museum got its current name, in honor of the first director, William Bode, whose trademark was showcasing a variety of artworks – sculpture, painting, coins, medals, crafts. Indeed, what I liked best about the Bode was the variety – the sculptures, paintings and crafts all mixed together, sometimes even in one room. The collections were full of surprises that made me enthusiastic about each work I came across.

I especially liked the sculpture collection. The medieval sculptures moved me the most. The large triptychs were overwhelmingly beautiful. Byzantine art played a major role in the collections. The art from Ravenna reminded me of my trip there as I had been dazzled by mastery of the works there. One of the largest collections of sculpture in the world, the pieces date from early medieval times to the late 18th century. Donatello, Lorenzo Bernini, Giovanni Pisano – they were just a few of the creators represented in this unbelievable array of artistry. Architectural sculpture included a Romanesque tribune from Germany. Glazed terracotta was also on display as were small sculptural works from bronze, alabaster and ivory. I also saw mosaic icons and artifacts from Egypt. The museum itself was a work of art with fireplaces and rich decoration hailing from the Italian Renaissance. 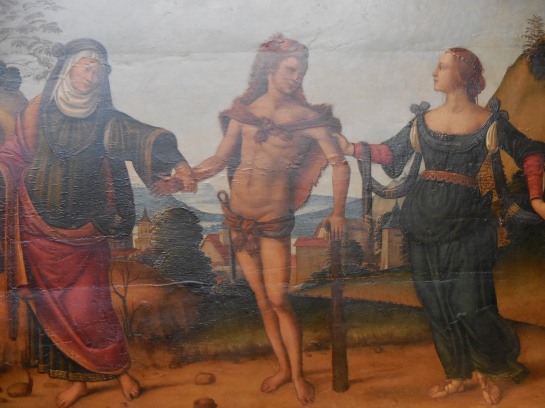 I was intrigued by one display in particular. I learned that the artworks from this museum had been stored in a bunker in Berlin-Firedrichshain during World War II, but a fire broke out in May of 1945, destroying many of the sculptures. I imagined furious flames engulfing so many precious works of art and thought how formidable the collection would have been with even more dazzling sculptures. It was a great loss, for sure. 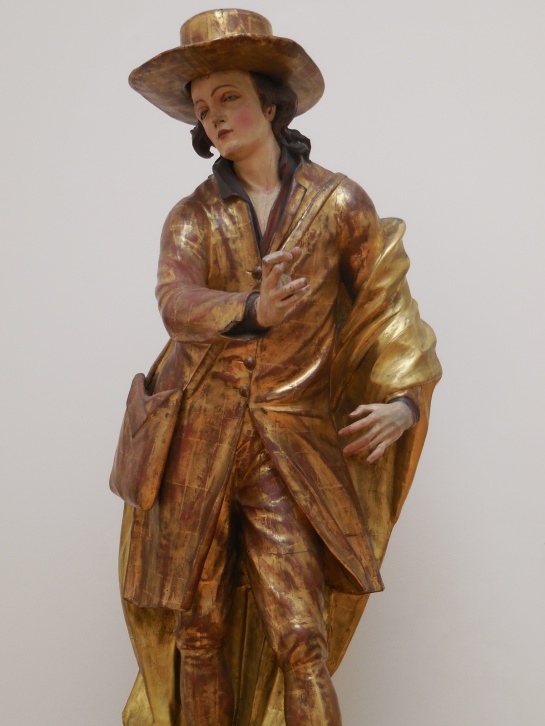 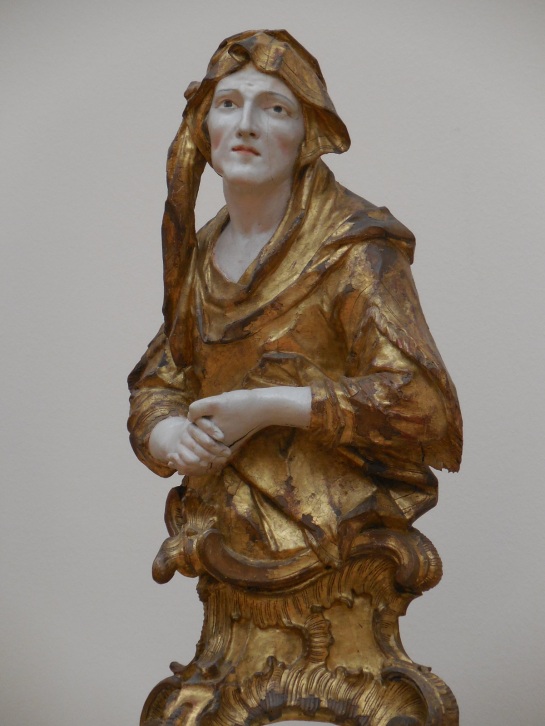 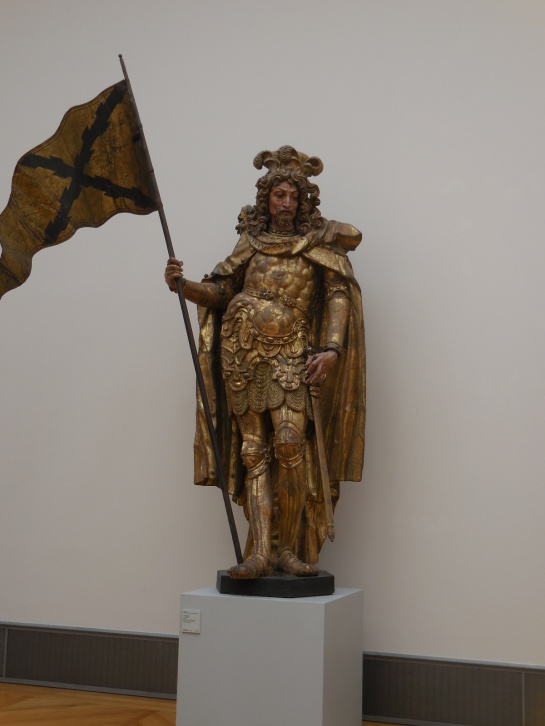 I was in awe as I took in all the artifacts from Roman sarcophagi to silver sculpture to Byzantine works from Italy and Turkey to German Late Gothic sculptures. The mixture of different kinds of art from various periods gave the museum a dynamic quality and unique character. 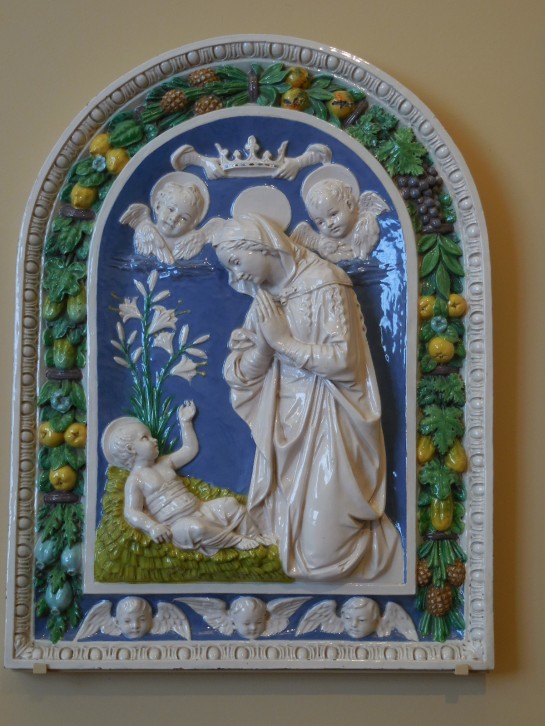 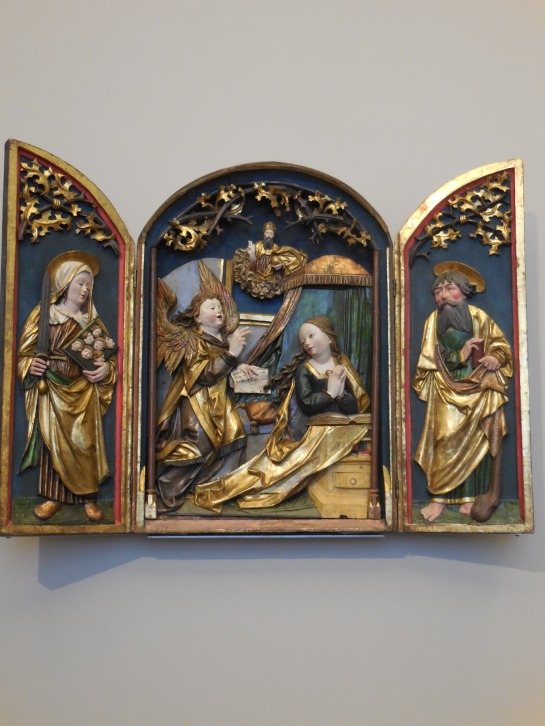 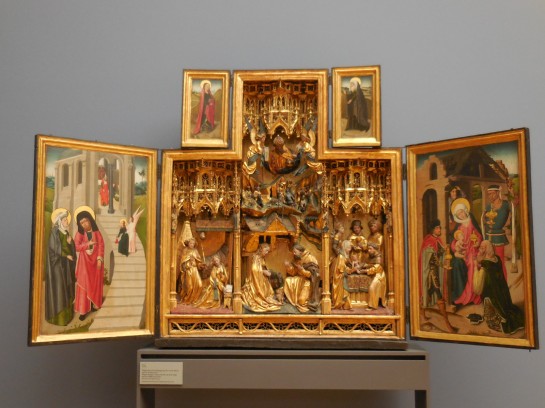 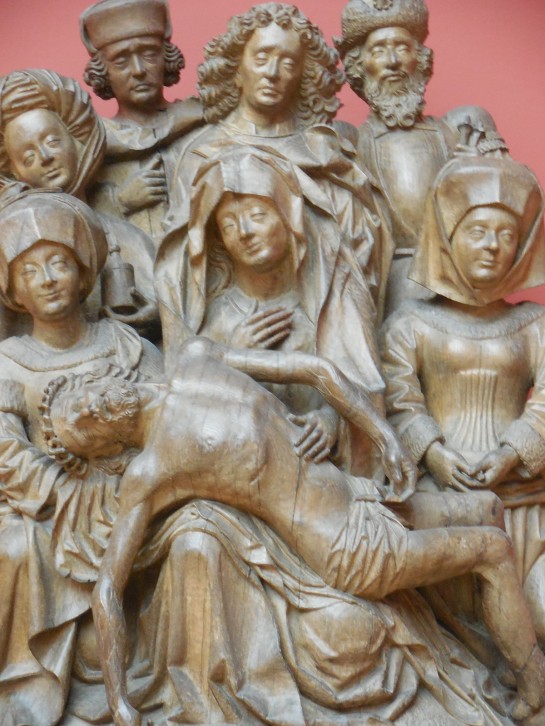 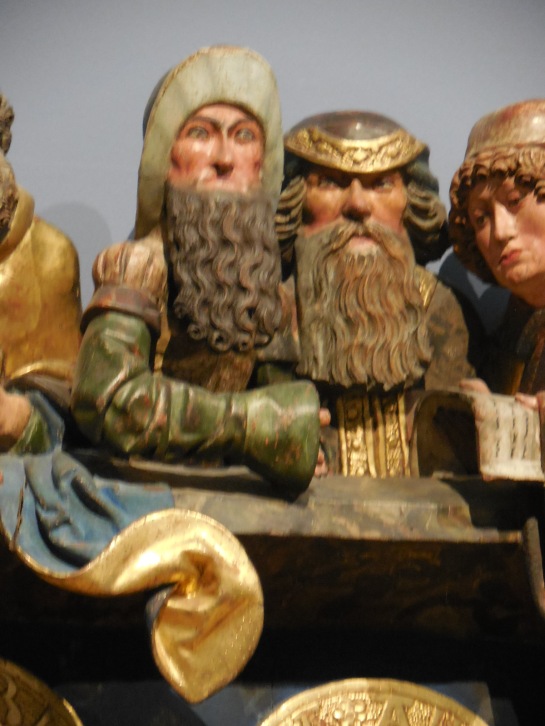 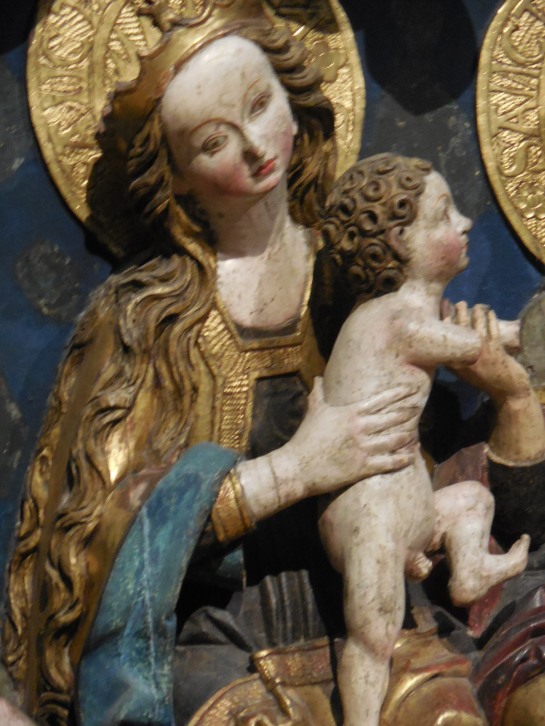 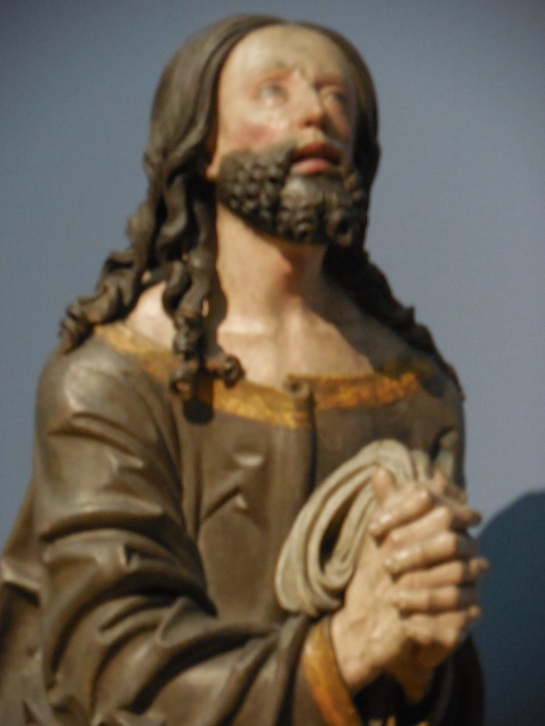