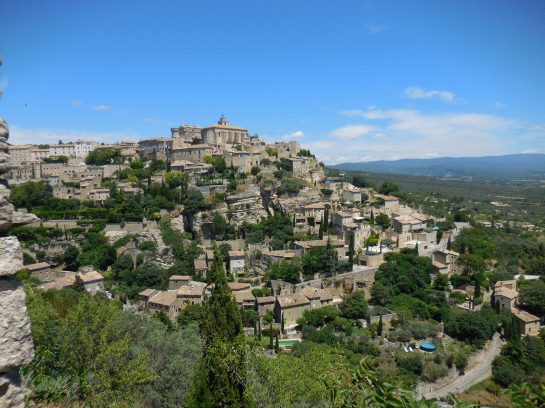 One of the most picturesque villages I have ever visited is Gordes. It was certainly a highlight of my 10-day trip to Provence. I loved meandering down the narrow, steep, romantic streets flanked by stone buildings with terracotta roof tiles. We were there on a Tuesday, when the weekly market is held, and I enjoyed examining the vendors’ wares and wound up buying two exquisite scarves. The views of the countryside were incredible, and away from the main square, it was tranquil. I found a quaint restaurant with simple yet attractive décor for lunch, too. 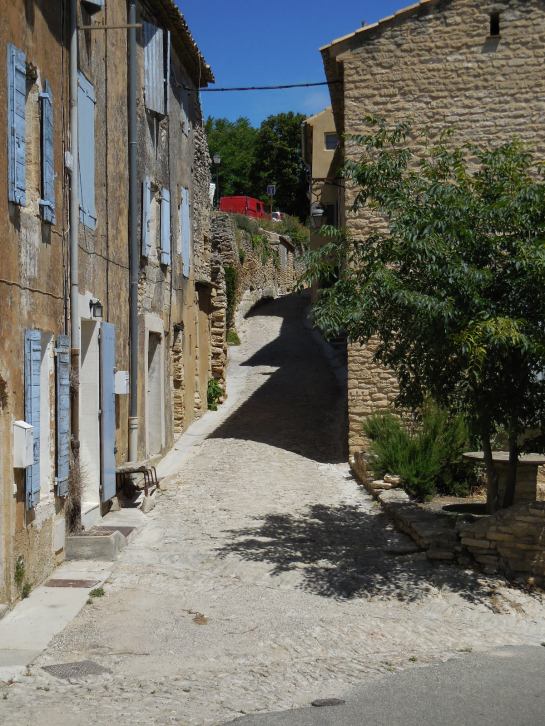 Gordes is located in the Vauclause Hills at 373 meters above sea level. It has about 2,000 inhabitants and encompasses 4,804 hectares. The name Gordes is Celtic in origin. Romans built forts in Gordes when they ruled. During the fifth century, when the Barbarians, Visigoths and Lombardians raided the plains where many settlements were located, people fled to the hills, which became villages in the 10th century.

The castle was first mentioned in writing during 1031 and was reconstructed in 1521, during the Renaissance. However, the lords did not reside there because Gordes was in such a remote location. 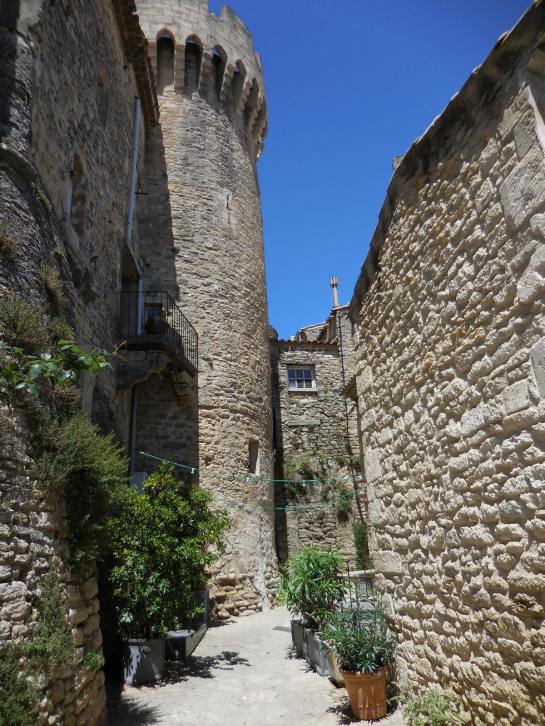 The village blossomed economically in the 18th and 19th centuries with craft production, tanners and shoemakers in great demand. Olive oil was also manufactured there. No less than 18 windmills were located in the village before the onset of the First World War, which brought terrible times to the village. Gordes was depopulated, and there was much poverty. 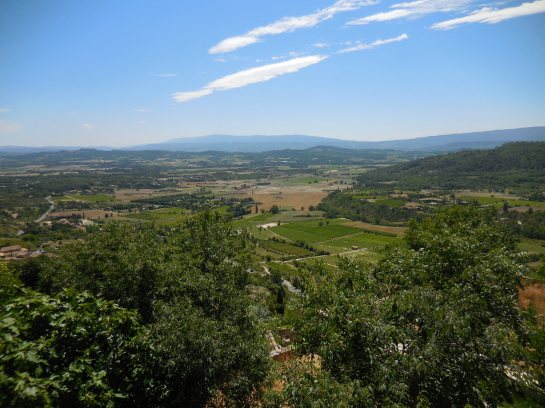 During World War II Gordes was home to many resistance fighters. When members of the resistance killed Nazi soldiers in the village during August of 1944, the Germans got revenge by shooting villagers and destroying property. Thirteen inhabitants were murdered in Gordes during the war. Later the village received a medal for its resistance activity. 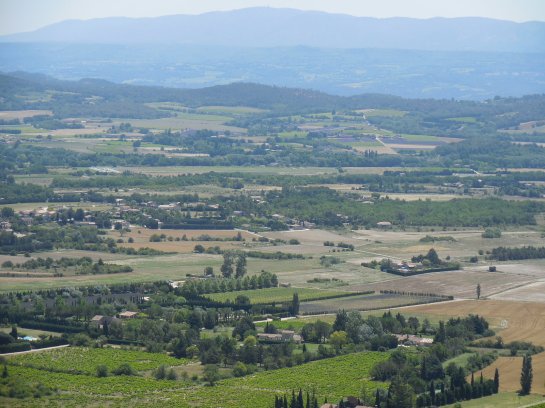 After the war, Gordes got a new lease on life. Artists flocked to the village, and painter Marc Chagall and others settled there. During the 1950s, when tourists discovered the village, Gordes was rebuilt and acquired the picturesque appearance it has today. 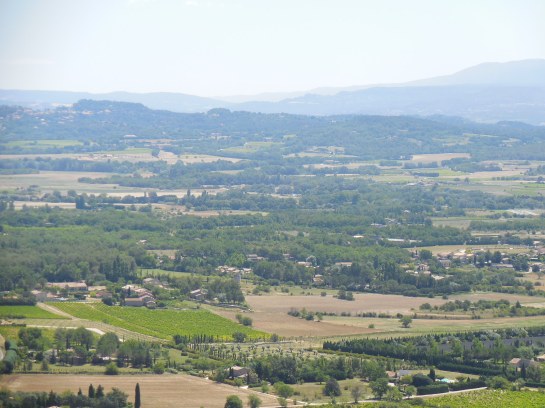 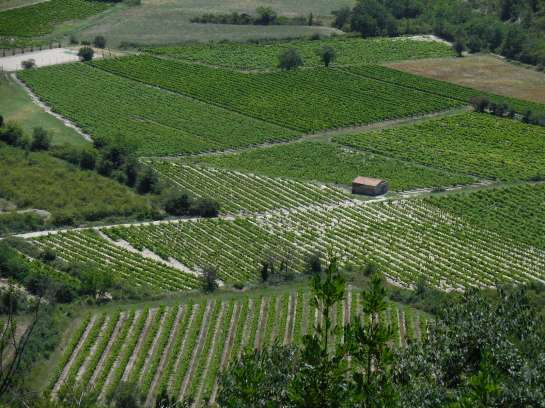 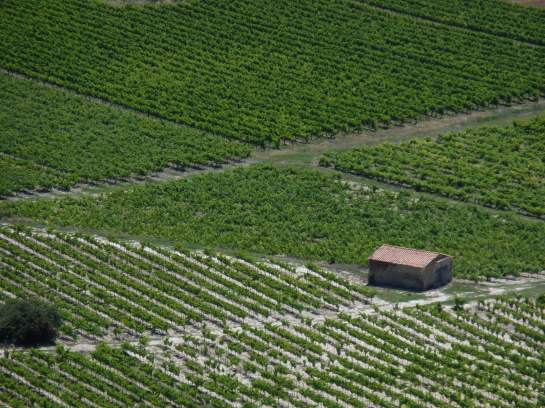 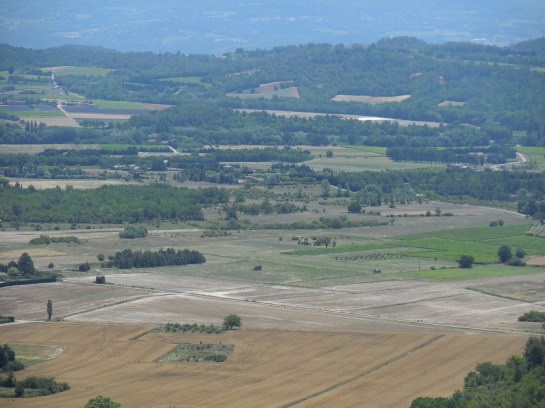 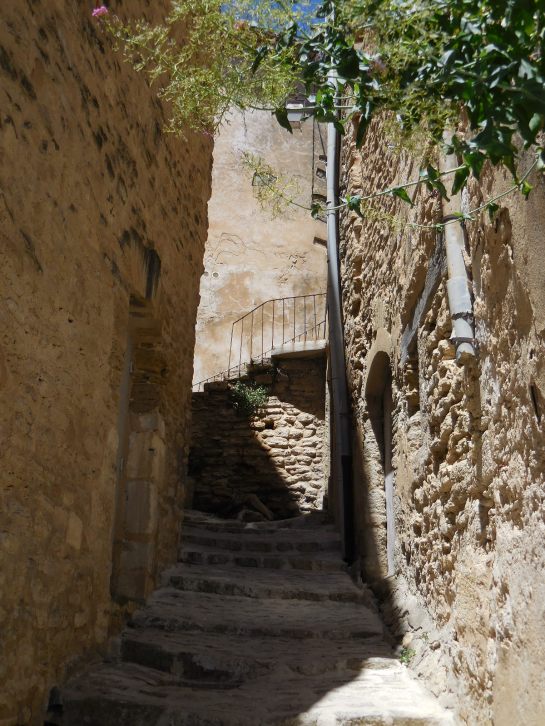 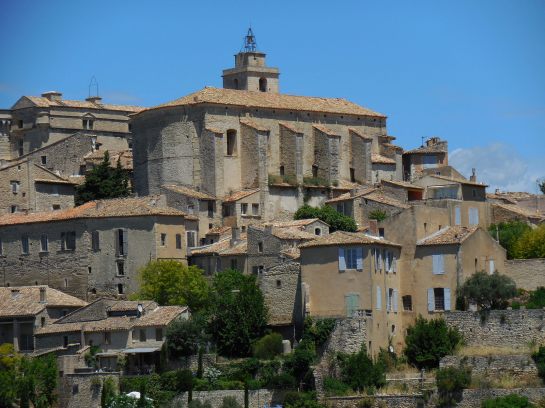 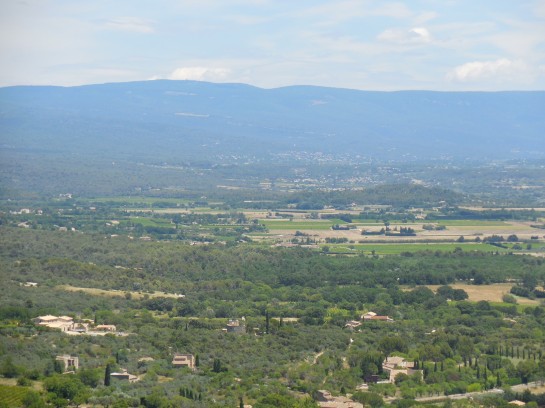 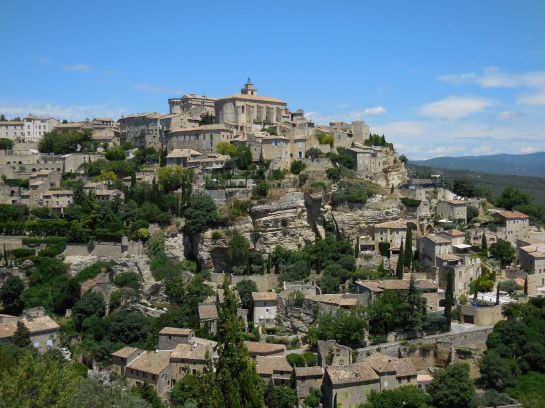 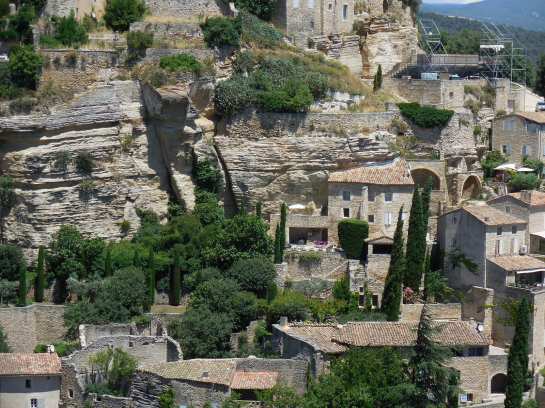 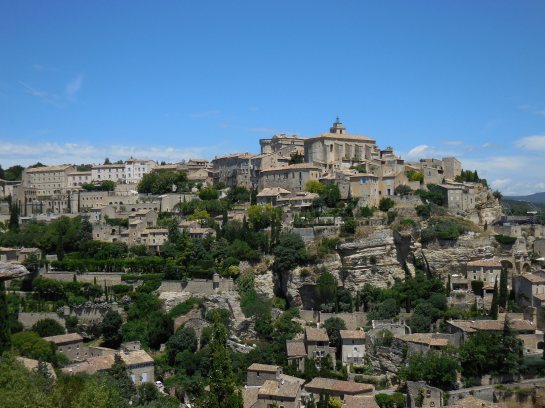 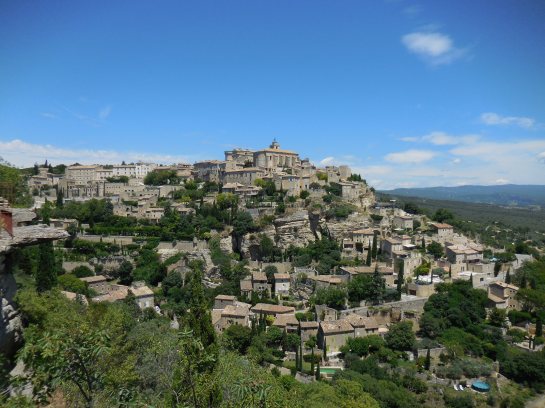 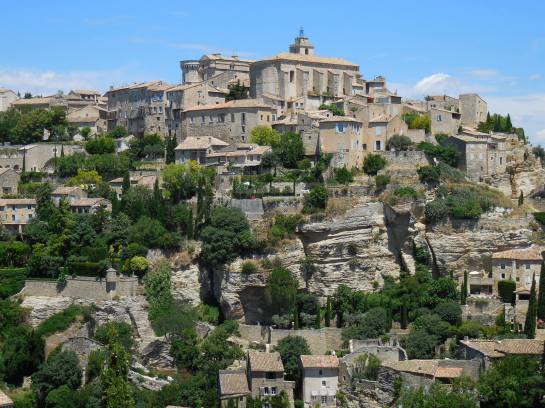 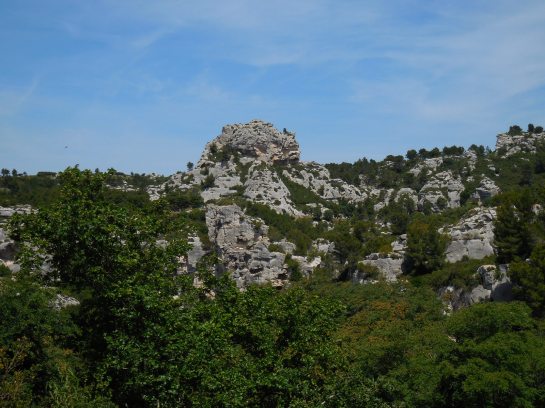 One glance at Les Baux-de-Provence and I understood why this village was dubbed one of the most picturesque in France. This rocky hilltown in Provence cast a spell on me from the moment I laid eyes on it. I walked along the narrow, steep streets flanked by art galleries, craft shops and a few churches. The small squares were enchanting, too. I tasted my first lavender ice cream, the most delicious flavor I had ever tried. The Renaissance facades were charming. There are no less than 22 historic monuments in Les Baux. I loved the romantic castle ruins, sprawled onto seven hectares. Breathtaking views of the Alpilles Mountains, Arles and the Camargue region abounded. Even though it was a ruin, I could feel the history of the castle that had been built from the 11th to 13th century. 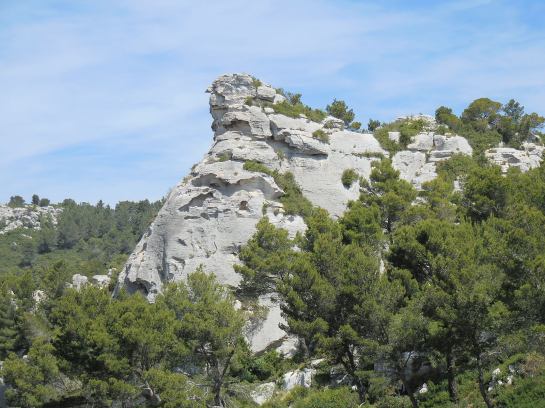 Our guide told us about the history of the village. Les Baux-de-Provence can trace its origins back to the Bronze Age, to 6000 BC. The village is mentioned in 10th century documents. The Princes of Baux successfully guarded the region for many years until they were defeated in the Bauessenque Wars of the 12th century. The castle was attacked on numerous occasions during the Middle Ages. The Renaissance proved to be a prosperous time. 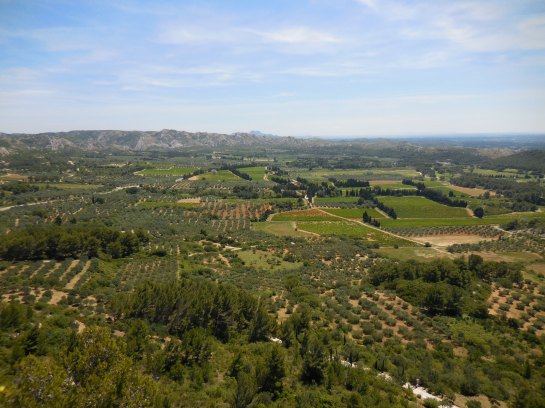 A significant event occurred in 1642, when King Louis XIII presented the lordship of Les Baux-de-Provence to Hercule Grimaldi, then the Prince of Monaco. Even today, the Prince of Monaco holds the official title of Marquis des Baux. During the 19th century, the village became a sort of ghost town; for the most part, it was abandoned. Then, following the Second World War, an entrepreneur opened a gourmet restaurant on the rocky outcrop. Food connoisseurs were not the only people who started to flock to Les Baux. It soon became a tourist attraction and remains so, as was evidenced during my day there by the large crowds that had inundated the village. Still, even the large number of tourists couldn’t make Les Baux lose its charm. 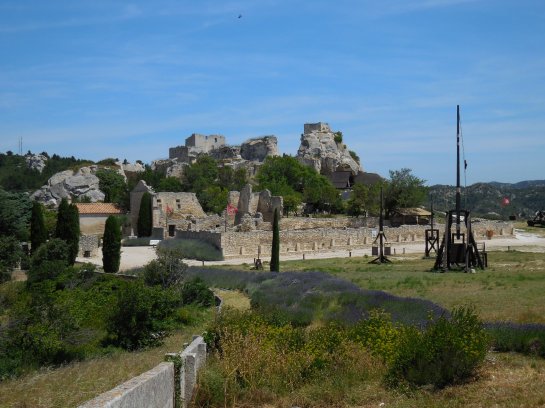 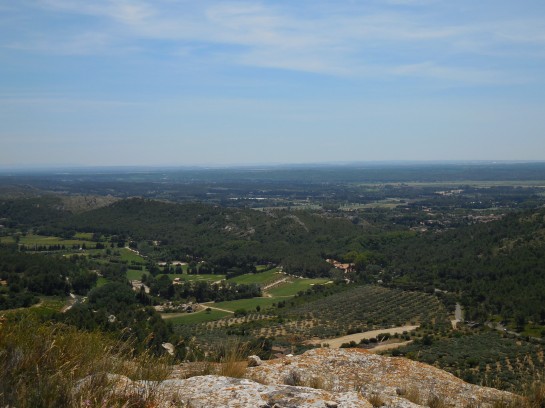 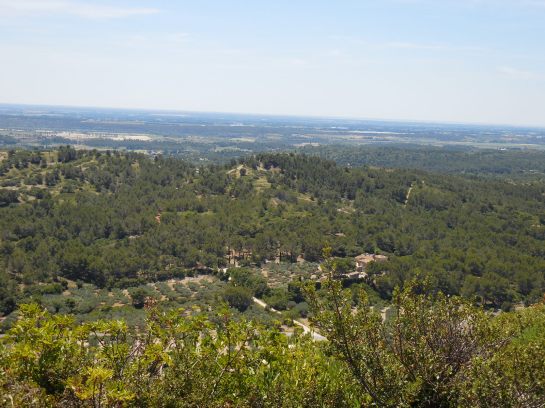 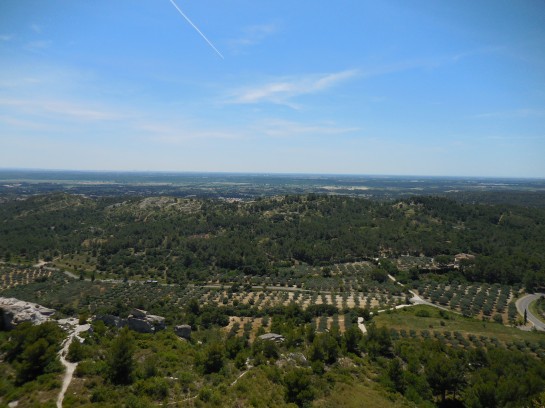 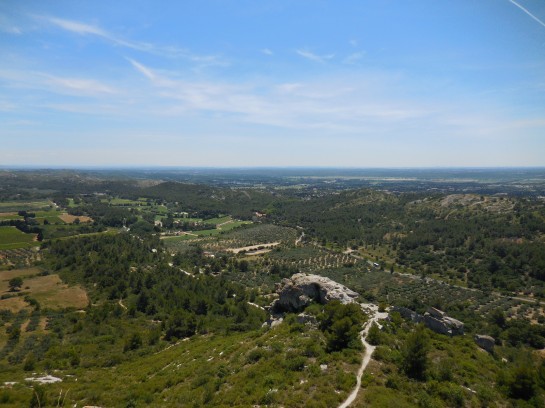 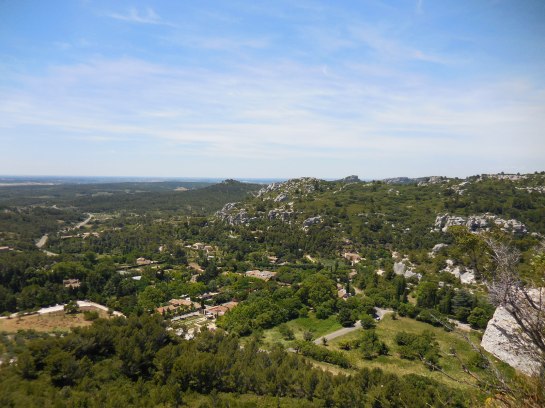 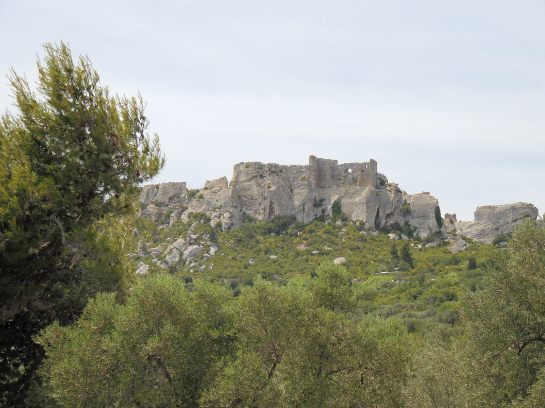 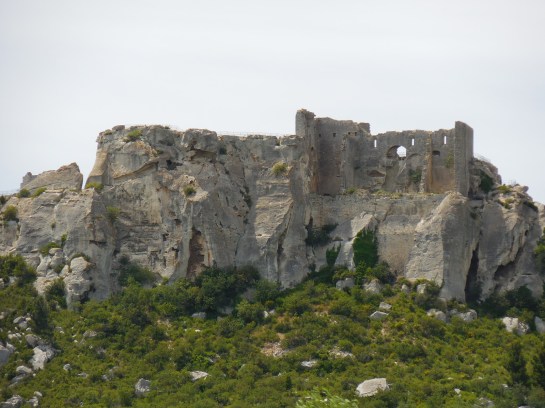 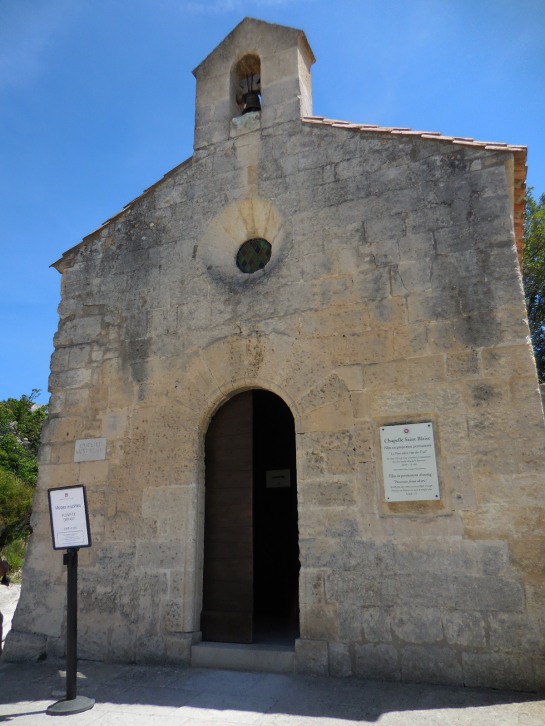 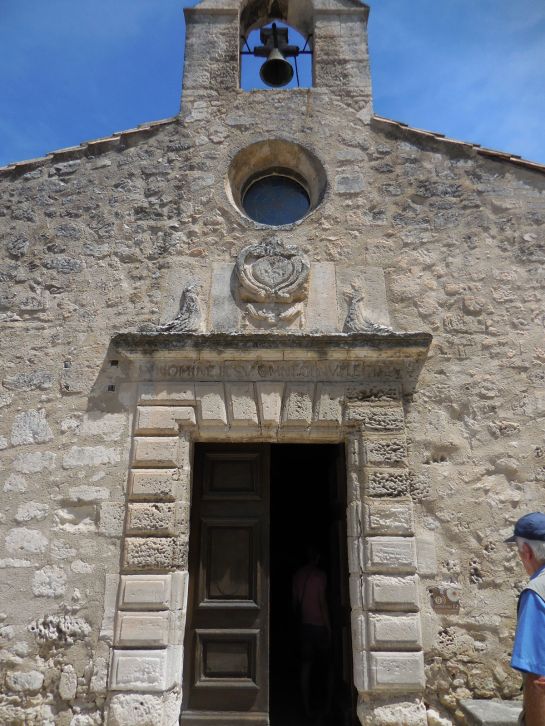