I’ve been to this Gothic masterpiece many times as it is only about an hour from Prague. Usually I go there by bus and travel back to Prague by train. This time I went for the first time by car with a friend. However, that was not the reason I would always remember this visit. I would remember it because it was my first trip after stay-at-home orders had ended during the coronavirus pandemic. From mid- March until mid-May, I had only been out of my home for long walks through scenic neighborhoods. The first three weeks I hardly went out at all because I was so terrified of getting the illness. 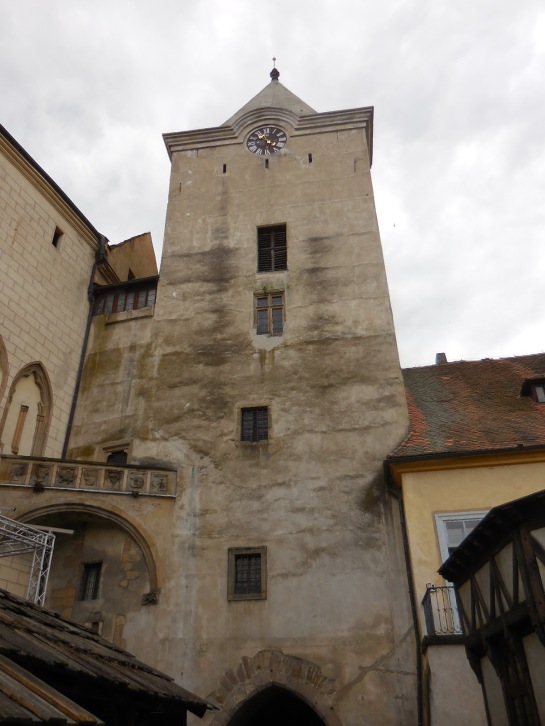 I was nervous as we parked near a restaurant not far from the castle. What if someone coughed on me? One thing I knew: everyone would be wearing a mask. Czechs did not have a problem wearing masks – unlike some Americans. As we approached the castle, I felt a sense of relief and comfort. I had waited for this day since the beginning of April, when castles normally opened for the season in the Czech Republic. Now it was May 26, the first day castles were accessible to the public during 2020.

I was familiar with the history of Křivoklát Castle. The castle dates back to the 13th century, although there was a fort at a different location as far back as the 12th century. Křivoklát Castle was constructed during the legendary era of the Přemyslid Dynasty, the clan that reigned in the Czech lands during the 13th and 14th centuries. The three-level circular tower, inspired by a French style, harkens back to the original structure. This tower is a dominant feature of the castle today. The upper courtyard also hails from this period.

During the reign of Wenceslas II, Křivoklát was a remarkable and extensive early Gothic castle boasting three towers. A fire in the 14th century proved a major setback, though the castle was rebuilt. Holy Roman Emperor Charles IV was imprisoned there as a youngster and later would visit on many occasions despite his nightmarish childhood experience. Charles IV’s son Wenceslas IV had the castle reconstructed at the end of the 14th century and during the 15th century. That’s when Křivoklát became a very impressive structure holding a prominent position in the Czech lands.

The Hussite Wars put an end to the castle’s glory. During this 15th century conflict, Křivoklát was conquered by both the Hussites and the Catholics. However, better days were to come as Czech King Vladislav II had Křivoklát reconstructed in late Gothic style, beginning in the 1470s. The chapel that has been preserved dates from this time. Also, Křivoklát was enhanced with topnotch defense features, such as semi-circular bastions, a battery tower and a triangular foregate with casements. Křivoklát Castle once again became a magnificent structure that was admired not only throughout the Czech lands but also all over Central Europe. Prominent people were imprisoned there. Some notable figures who were incarcerated there included Bishop of the Bohemian Brethren Jan Augusta, who spent 16 years in a cell without light. Alchemist Edward Kelly also did time at Křivoklát after killing a man in a duel. 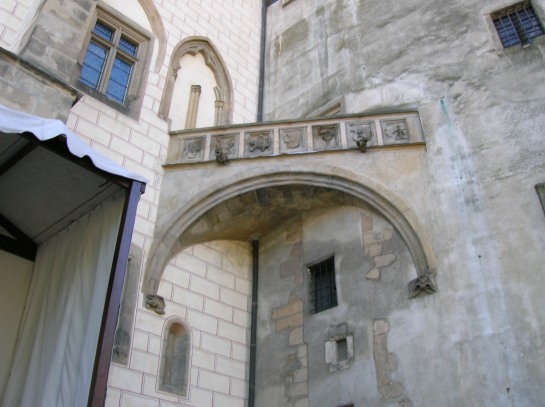 A fire in 1643 did much damage. It was sold to the Wallenstein clan during 1685. Then, in 1733, the Furstenbergs took control of the castle. After a devastating fire in 1826, the Furstenbergs had it renovated. The Furstenberg library was one of the highlights of the tour. Czech historian František Palacký used the library for his research. In 1929, the family sold the castle to the Czech state.

Because we went during the coronavirus epidemic, we had to wear masks, and only 15 people were allowed on each tour. However, it was not possible to stand two meters (six feet) apart from other castlegoers, which had me a bit concerned. On the tour, I learned that the original residential and defensive tower is 42 meters high. We saw three models of the castle from different periods. The model from the 13th century showed the tower at the castle’s unprotected side and a simple first courtyard. The second courtyard, though, looked as it did today. We toured the seven prison cells, and I tried to imagine living in one of them for 16 years without light as Jan Augusta did. I could not fathom it.

The main altar in the chapel

Then we came to the chapel, my favorite room in the castle and one of the best preserved Gothic chapels in Europe. The winged main altar showing the crowning of the Virgin Mary dates back to 1490. It consists of four panels portraying the Virgin Mary and Jesus. I noticed one panel pictorially described the birth of Christ. I liked the prominent gold color of Mary’s halo in all four panels. I saw masterfully carved statues of the 12 Apostles on the walls. I loved the armrests on the pews with remarkably carved demonic monster-like creatures. While churchgoers were seated and gazing at the heavenly altar and 12 apostles, the “evil” armrests of the pews reminded them that there was also a Hell, which was readily accessible.

Detail of the main altar

A detail of a pew

We also saw a room dotted with Gothic art – altarpieces, statues and paintings that astounded. A triptych of Archangel Michael hailed from 1500. Illuminated manuscripts also caught my undivided attention. The Big Knights’ Hall measured 28 meters in length and eight meters in width. The statuary was splendid, the pillars elegant, the fresco remnants intriguing. From the oratory, I gazed down at the chapel and that dazzling main altar. The gilded pulpit was an architectural delight.

From the chapel again

The library was another favorite room. I loved being surrounded by books, especially by 53,000 volumes. They were written in German, French, Latin, Italian and Czech. The guide pointed out the biggest book, called Hebrew Didactics and made up of 2,500 pages. Published during the 17th century, it weighed 11 kilos. Always a fan of paintings of castles, I liked the portrayals of the castles before the horrendous fire of 1826. A portrait of a young Franz Joseph I also was intriguing. In the Portrait Gallery of the Furstenbergs, the most important painting was also the smallest – a rendition of Albrecht Furstenberg from 1577. He had worked for Emperor Rudolf II. It was the oldest portrait in the collection.

Another room showed off Baroque and Rococo sleighs once used for hunting, including one that had scenes of Amsterdam depicted on it. The Furstenberg museum included paintings from the 18th and 19th centuries, knights’ armor, spears and a colorful Asian vase plus many other artifacts.

I had been nervous about this visit because of the coronavirus epidemic, but it went quite smoothly, despite the lack of social distancing on the tour. I was glad to travel again, even if it was only an hour from my home. I realized how much I had missed my weekly day trips. Being cooped up at home, only getting outside for walks, had been at times agonizing as I longed for the old normal that would never exist again. Now, at least after visiting this castle, I felt as if I was following a more normal routine, though I was still terrified of getting the disease. 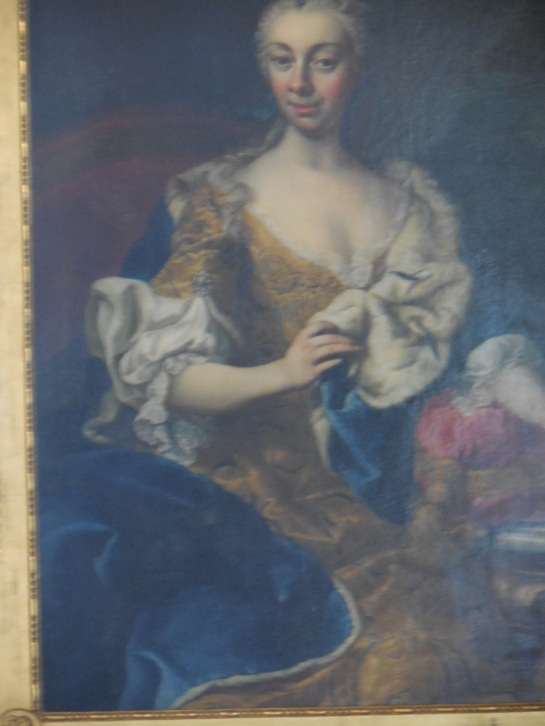 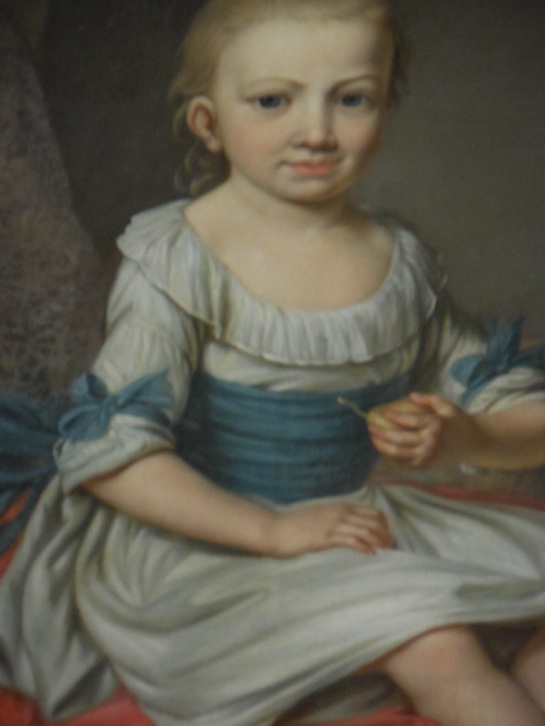 From Portrait Gallery of the Furstenbergs

We ate lunch in a quiet restaurant in Lány, the town where the president had his summer residence. We were seated at least two meters from the other diners. It was a fantastic feeling to be at a restaurant again after so many microwaved meals at home. It felt liberating, but I knew I still had to be very careful. We got back before 5:30 in the evening, so I was able to watch New York Governor Andrew Cuomo’s daily press briefing live. His briefings helped keep me sane while living through such crazy times.

The library and sleigh collection

While memories of all my other trips to Křivoklát blended together, this one would stand out because of the coronavirus pandemic. I had never imagined I would have to wear a mask while touring a castle. I did not understand why some Americans refused to wear them. After all, it could make all the difference between staying healthy and getting ill or even dying. 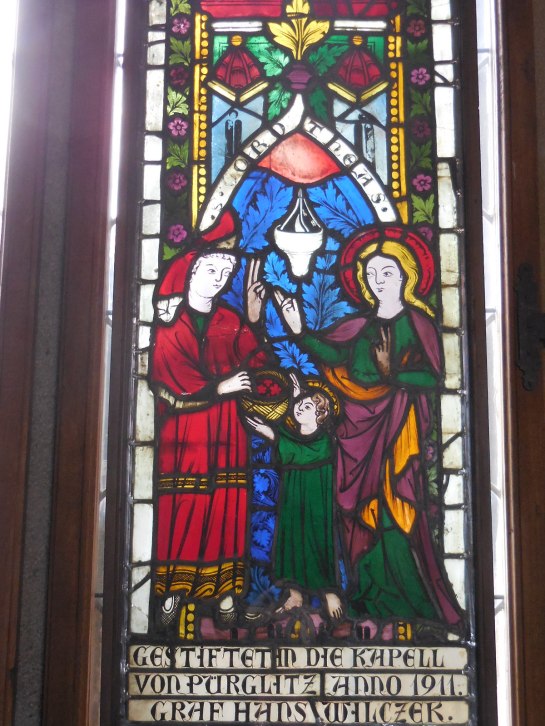 During my trip to Křivoklát, the world seemed a little saner, a little less chaotic and less confusing. Admiring Gothic art and Baroque sleighs allowed me to – at least for an hour and a half – forget that the world was messed up, there were so many sudden changes to deal with on a daily basis. Visiting Křivoklát Castle helped me conquer my fears of going outside. And I knew that tomorrow would be another day as I had to take life one step at a time, always moving forward, never looking back. 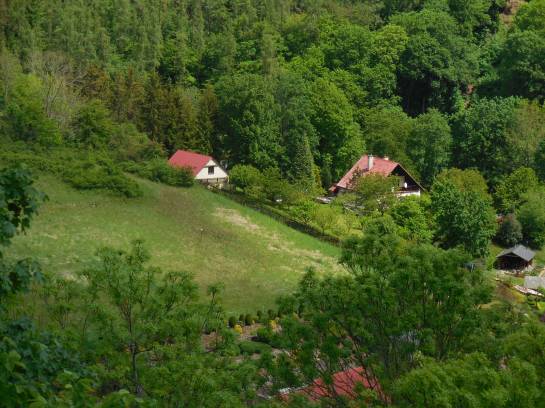 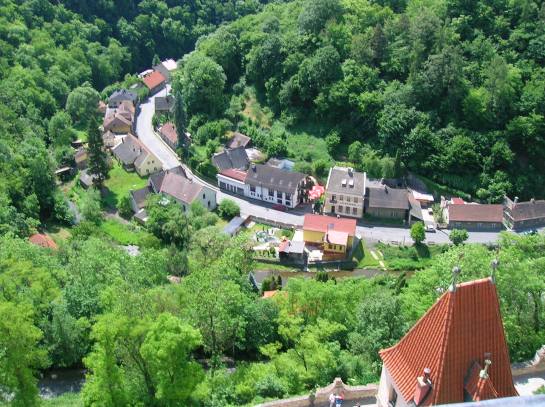 Views from the castle

I was supposed to go to Milan for my birthday in November, but I came down with whooping cough. So I changed my trip to May, reasoning that I am usually fit in the spring. I could never have imagined the turn of events, that Italy would be hit so brutally by the coronavirus or that a pandemic would break out in the world. Now I hope to travel to Milan in October, but I wonder if I will have to cancel that, too. I cannot fathom the day-to-day tragedy that Italy has been experiencing, all the suffering of the friendly, bubbling Italian people who have made me feel so blessed to be in their country during my 12 or more visits.

I was going to write a long article about Italy, but I have decided to make this a photo diary of my travels in Italy, showing the country that is so dear to me during its better days. May those bright days return in the not-to-distant future.

NOTE: Sicily will be represented in a different photo diary. 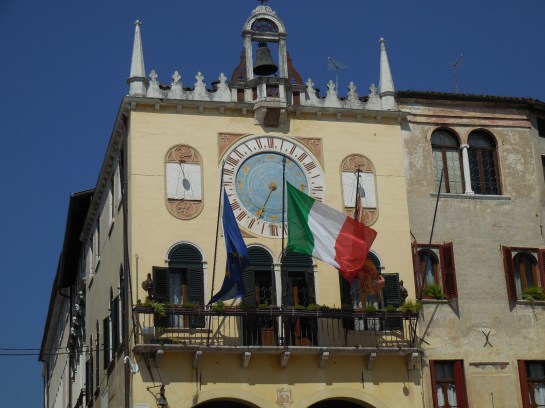 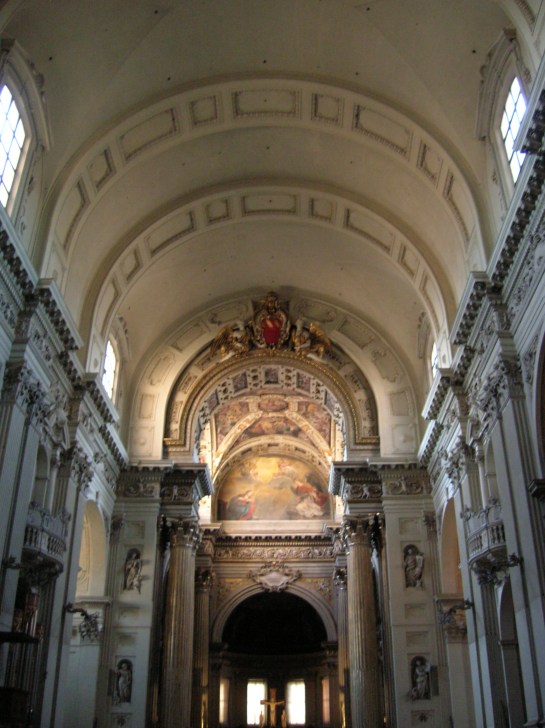 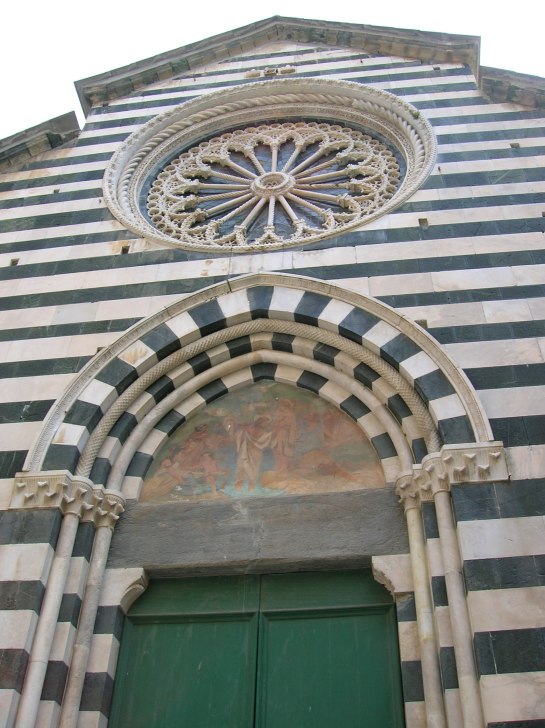 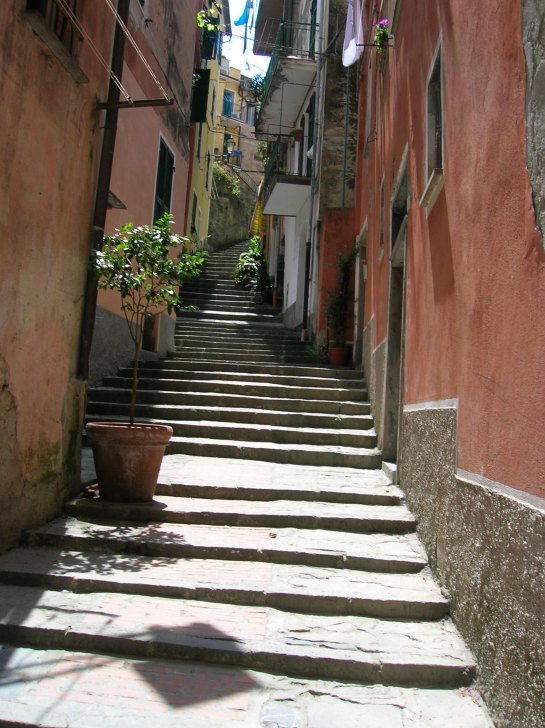 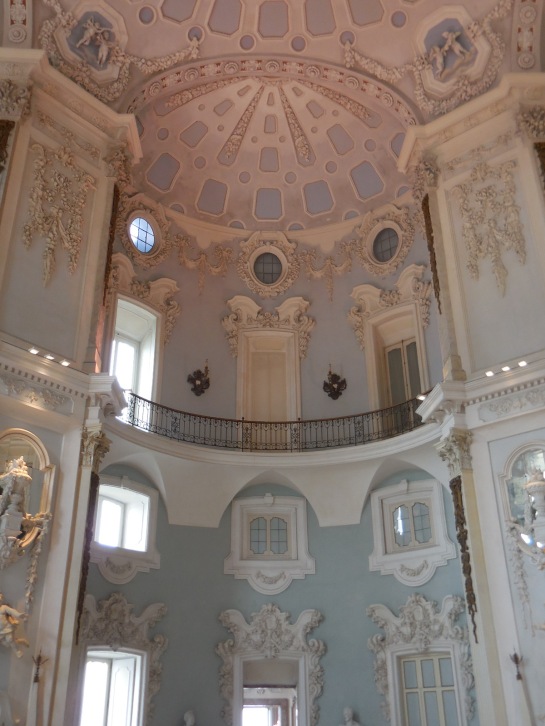 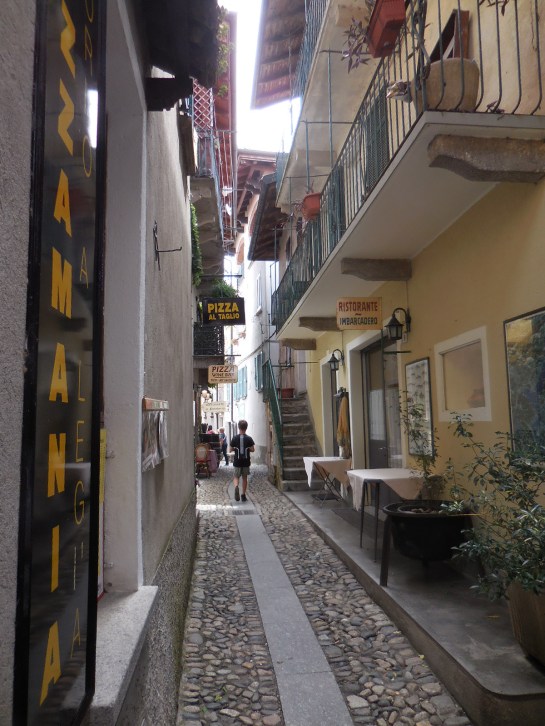 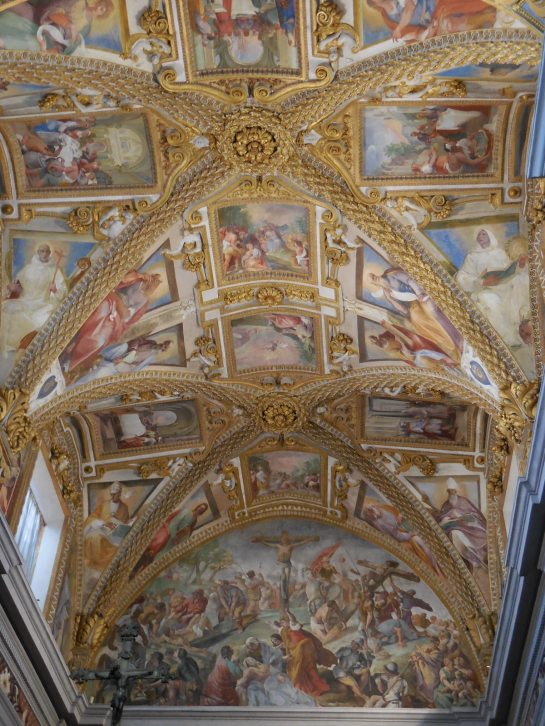 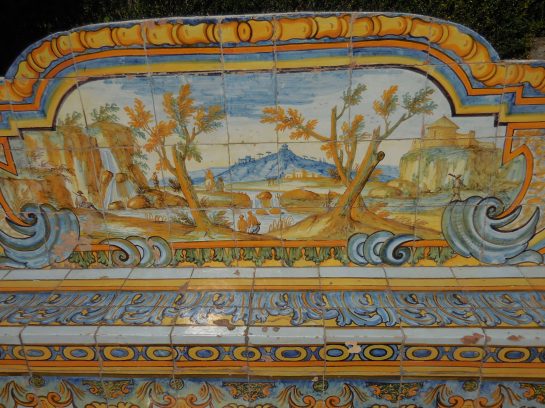 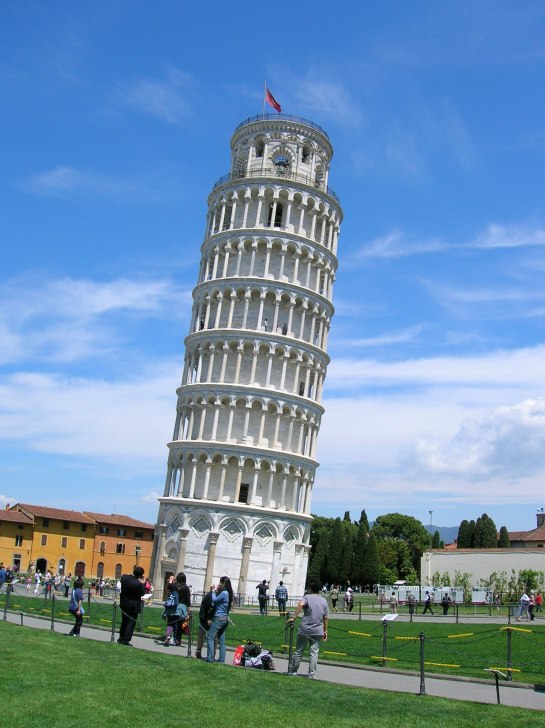 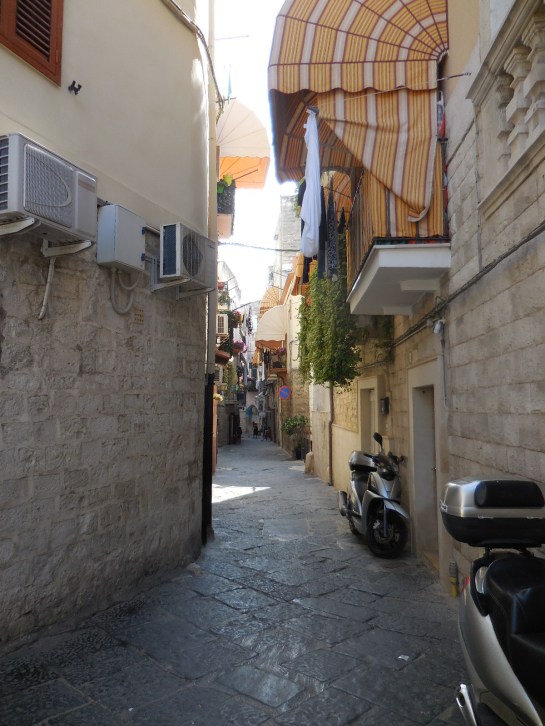 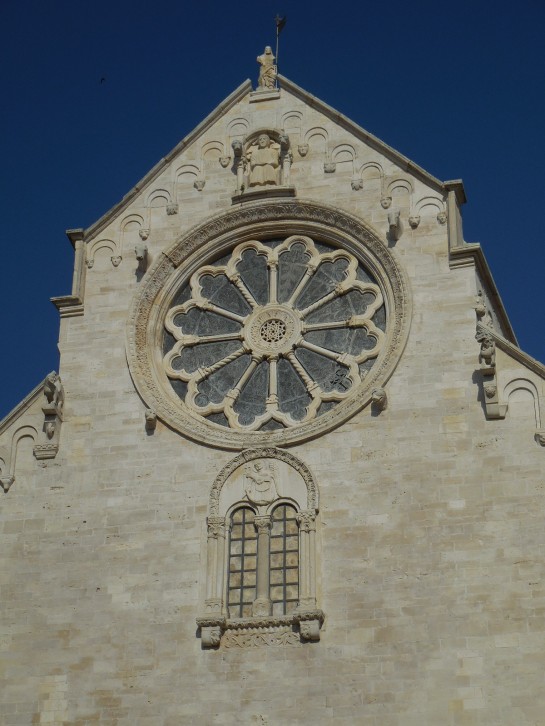 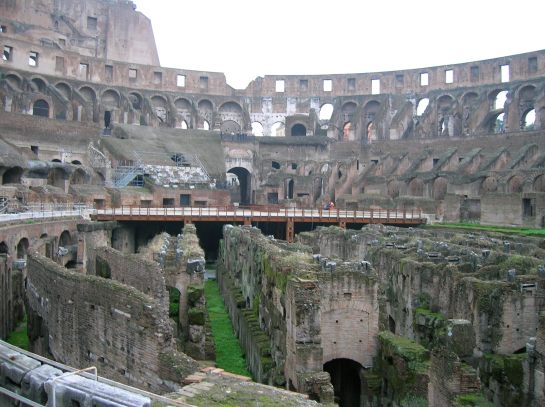 One of the best memories of my life was showing my parents the Colosseum in Rome. 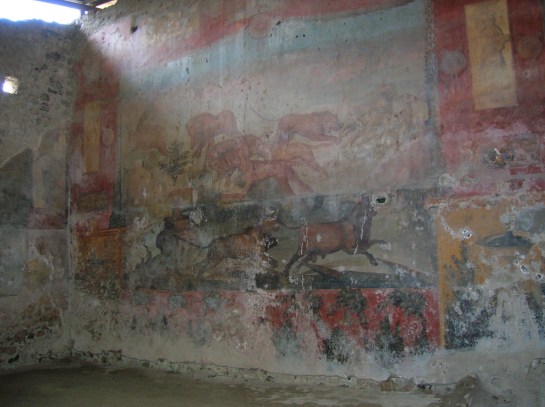 Rainbow on way back to Rome 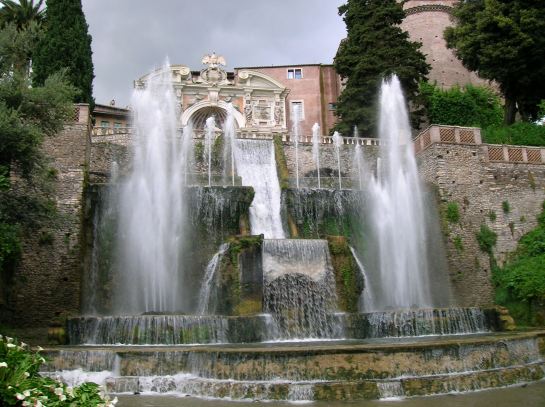 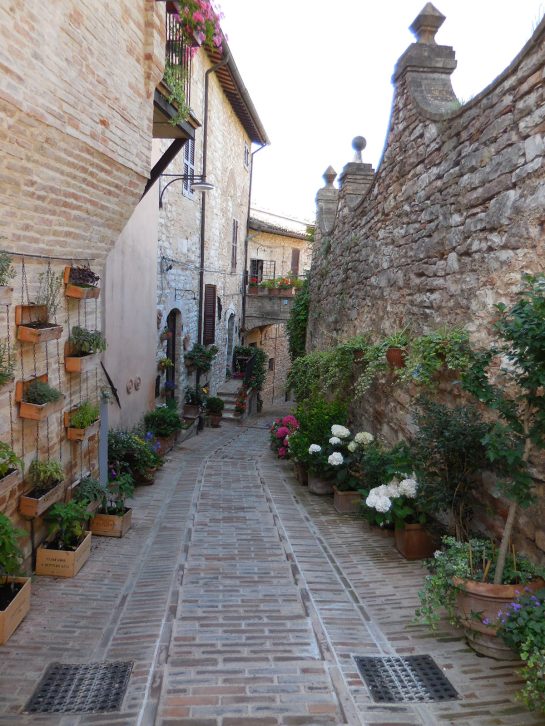 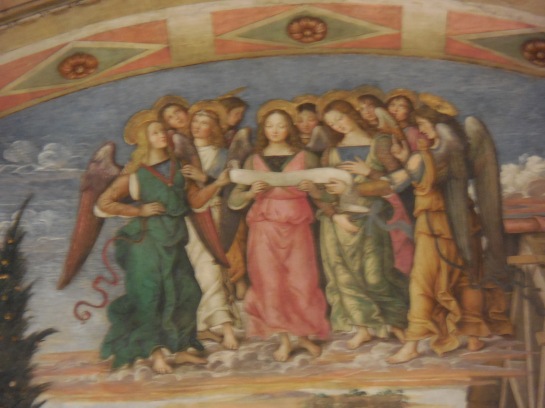 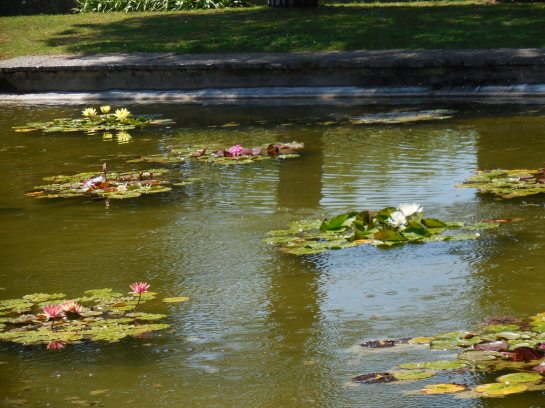 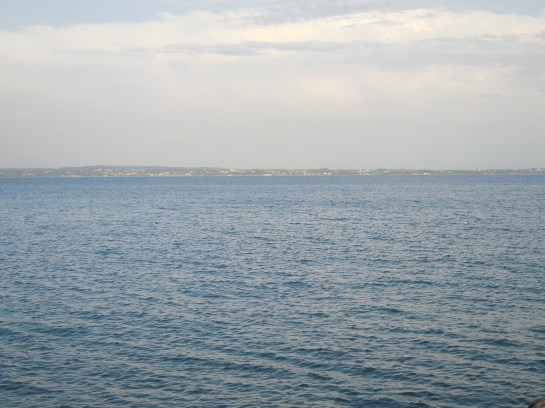 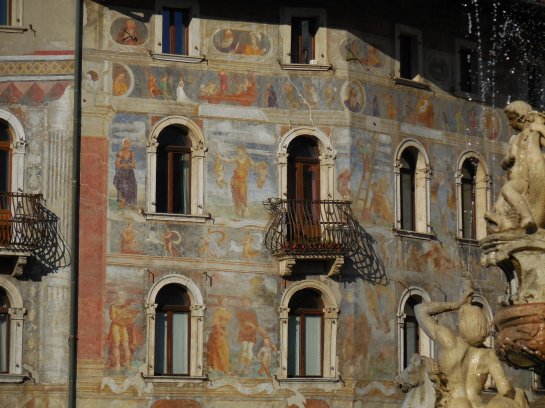 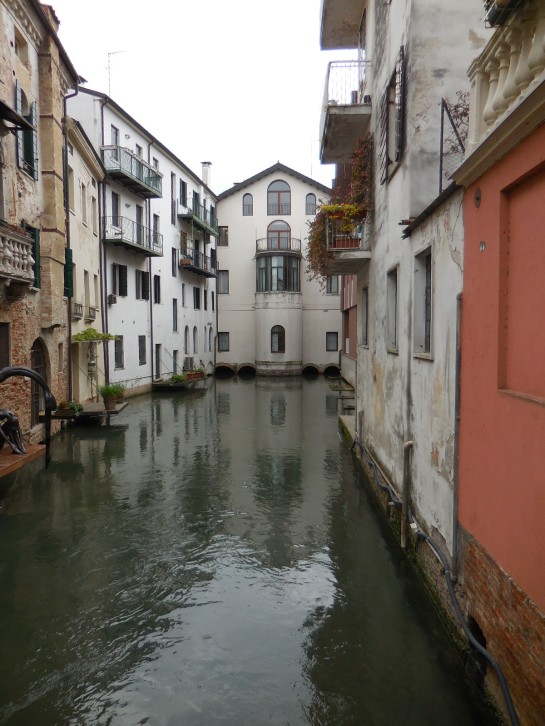 The Annunciation in cathedral in Treviso 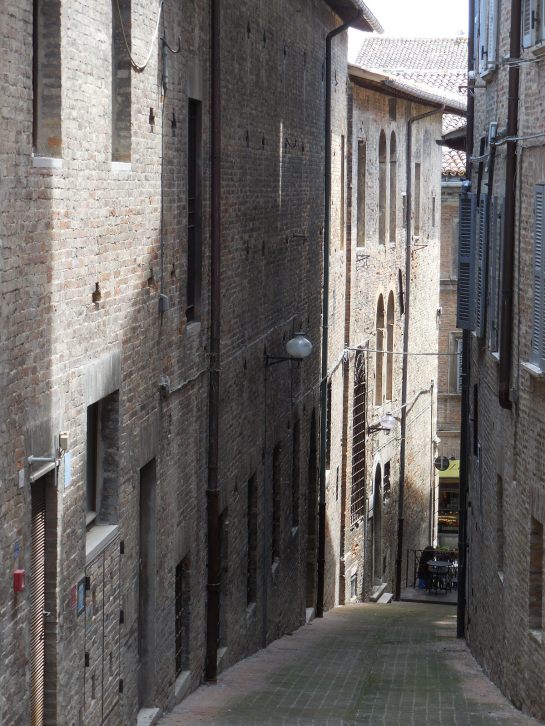 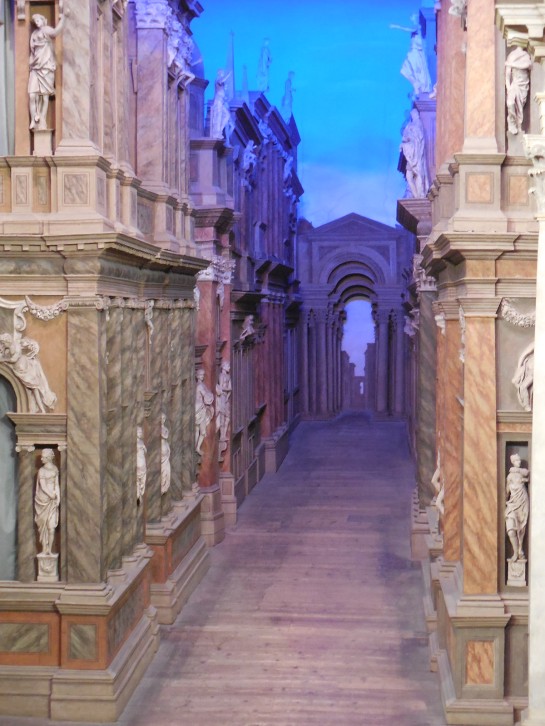 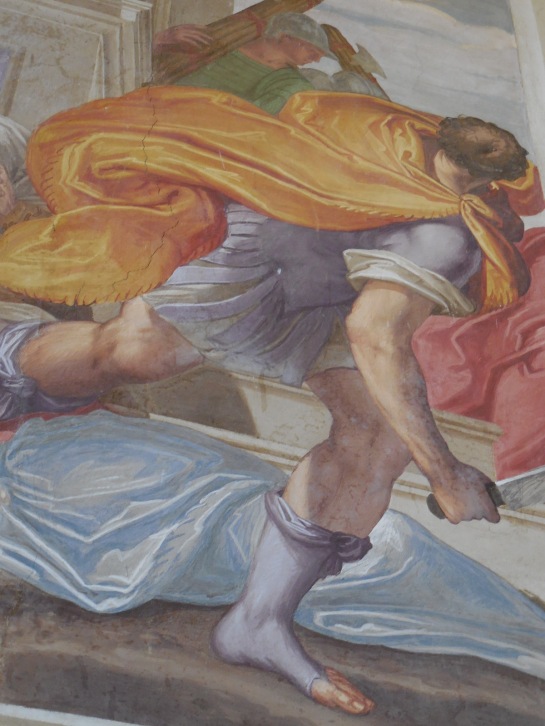