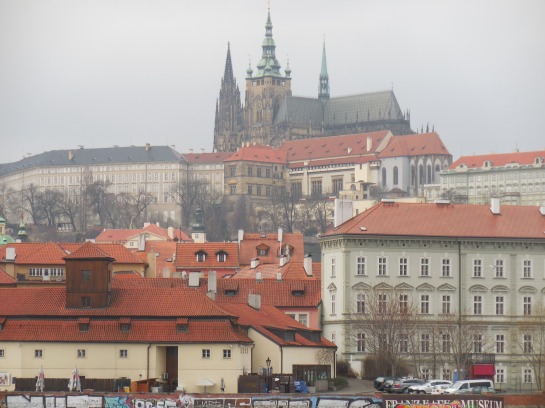 An American who has been living in the Czech Republic and former Czechoslovakia since 1991, I have had numerous misunderstandings with Czechs – some concerned traditions, others had to do with language.

As a child growing up in the USA, my classmates and I made Valentine’s Day cards for each other. When I became an adult, I would habitually send Valentine’s Day greetings to good friends. They would understand that I was wishing them love in their lives and that I was not in love with them. In the Czech Republic this special day has become popular with younger generations. Street vendors sell gingerbreads shaped as hearts on this occasion. One February 14th in the Czech Republic, I gave a Valentine gingerbread that said “For the boss” to the head of the English department where I taught. He was American and thanked me for it. Then I made the mistake of giving a heart-shaped gingerbread with “Don’t smoke” on it to my ice hockey coach who was trying to quit smoking. I wanted to show my appreciation because he allowed me to train not only with the women’s team but also with a boys’ team so that I could practice four times a week. Little did I know that he was unhappily married.

“I know what you want,” he told me, smiling mischievously, after I gave him the Valentine.

“To play in more games,” I responded.

“Wait for me after practice,” he said.

At first I thought there would be a team meeting, and then it suddenly occurred to me that he was under the impression that I wanted to have an affair with him. I had not realized that in this country Valentines are only given to show feelings of physical love. I did not wait for my coach, and he wound up dating the best player on our team. I was relieved he had found someone else.

That was not the only Czech tradition that confused me. During 1991 I was at a premiere of an absurd comedy written by then President Václav Havel, the playwright-turned-president. I wanted to show my appreciation to my hero, so I bought President Havel six roses that the ushers gave him when he took his bow on stage. Only later did someone inform me that you only give an even number of flowers to pay homage to someone who has died.  The living always receive an odd number. Nevertheless, Havel took the roses and bowed modestly to the crowd.

I have also had many linguistic misunderstandings, especially during my first years in Prague. A male friend wrote me a text message that said, “Mám tě rád,” which I thought meant, “I like you.” I knew I could say, “Mám rada hokej.” (“I like hockey.”) And if I used the third person with this verb, I could say, “Mám ho rada,” which could translate as “I love him,” but I thought also could mean, “I am fond of him.” Convinced I was communicating that I liked this kind, friendly man, I wrote back, “Mám tě rada,” not realizing I had just professed my love to him. This proved quite the dilemma. After explaining to him that I only wanted our relationship to be platonic, he refused to speak to me. I never heard from him again.

One misunderstanding took place at school. Photo from classics.phil.muni.cz

That would not be my only encounter with a language mix-up. My first year teaching English, in 1991, I was trying to impress students that I knew some Czech. I asked a boy if he had had any “zkušenosti,” which I thought meant “experiences.” I had no idea that it was used to refer to sexual experiences. The dimpled, red-haired teenager responded, “I am only 16 years old. I have not had any zkušenosti.” The entire class burst into laughter, and I wondered what was so funny.

Other misunderstandings have concerned communication or rather the lack of it.  A writer penning articles in Czech as well as English, I have sent my writings to editors of various Czech publications. Some editors did not answer. I did not mind if it meant he or she was not going to use the piece, but occasionally an editor planned to publish the article at a later date and just did not bother to inform me. After receiving no response to an article I sent out to a newspaper and no answer to my follow-up letter, I sent one particular writing to a magazine. The piece wound me being printed in both publications. 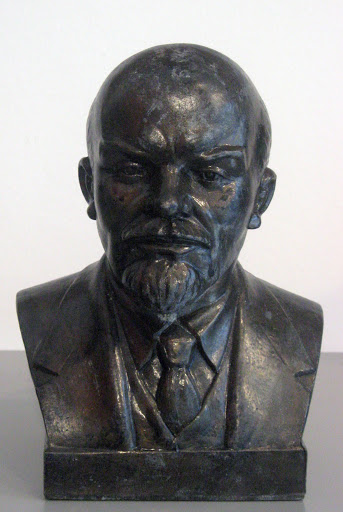 Bust of Lenin, from Antiques and Collectibles Paretski

Yet more misunderstandings revolved around Czech humor – a witty, black humor filled with irony, sarcasm and a love of the absurd. During 1991, I went to the pub with advanced students after our English lessons. The first time I entered the pub, I suddenly stopped, in shock. The bar area was filled with busts and paintings of Vladimír Ilyich Lenin. “This is a Communist pub,” I said, in a panicked tone, to my students.

They laughed. “Don’t you get it? It’s funny. It is mocking Communism, not supporting it.” Later I would discover that a lot of good Czech films made during the totalitarian era would tackle the depressing era with humor – a key element for Czechs in dealing with life during those dark 40 years.

So, I got the gist of Czech humor when it comes to busts and images of Vladimír Ilych: I just hope I don’t stumble into a pub or café where a 10-foot statue of Stalin is staring at me!

Tracy A. Burns is a writer and proofreader in Prague.