After visiting the palace and botanical gardens at Isola Madre, we set off for Isola dei Pescatori or the Fishermen’s Island in the Borromean Islands off Lake Maggiore. The only island inhabited year-round, as of 2018, Isola dei Pescatori had 25 permanent residents. The island has been inhabited for about 700 years.

First, something about the name Borromeo. Indeed, the Borromeo dynasty played a major role in the history of the islands. While the Borromeos own the other two islands we visited, they never had possession of Isola dei Pescatori. They first gained control of the other two islands back in the 1500s. The wealthy family worked as merchants during the 1300s until they took up banking in Milan sometime after 1370. The most renowned Borromeos were cardinals and archbishops. Carlo was even canonized as a saint.

At first glance, it was evident that this was not a place where I would find a luxurious palace or elaborate gardens. This was a fishing village, gritty and down-to-earth, with cobbled streets, cafes, stands and small boats near the lakefront. The houses were equipped with long balconies for putting dried fish. 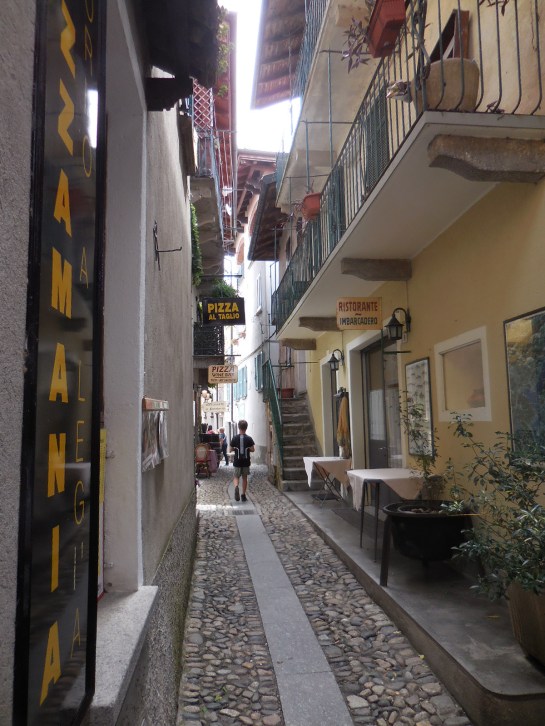 The island was just as picturesque as Isola Madre, even without a palace or lush gardens. Narrow alleyways led to gorgeous views of the sea and rocks on which one could sit down and contemplate life. It reminded me a bit of the views of the sea at Cefalu, when I sat down on the rocks and thought about nothing and everything at the same time. The island was picturesque, romantic even, with its tangle of alleyways and meandering, narrow streets. Many of the buildings housed shops with local goods, such as amaretto cookies in various flavors and many types of pasta. There were restaurants where you could have a proper meal as well as tacky souvenir shops where you could buy a variety of t-shirts and postcards. 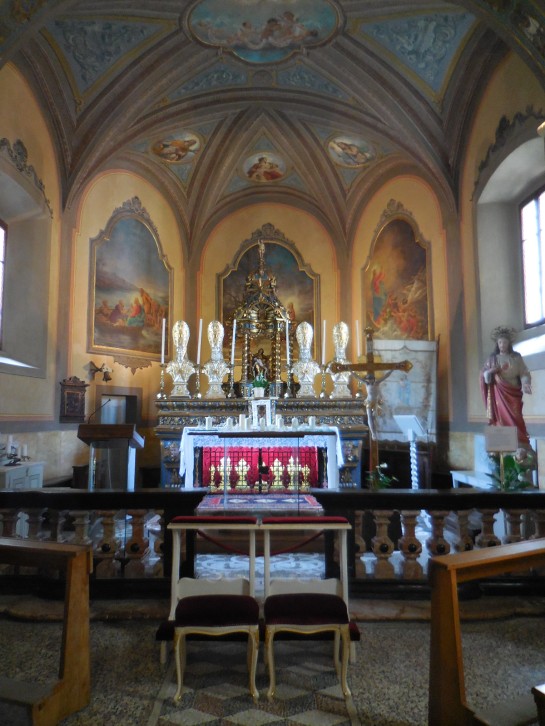 The most beautiful building I saw on the island was the modest yet elegant Church of St. Victor, which was built as a chapel in the 11th century. Now the only part of the Romanesque structure that still stands is the apse. While the church was expanded in the Gothic and Renaissance eras, it was also transformed into Baroque style during that particular period. It was first dedicated to Saint Victor when it took on the status of a parish church in 1627. Remnants of 16th century frescoes can be seen even today. The high altar included the busts of four bishops, a simple, modest affair that suits the church’s intimate atmosphere. The paintings in the church were also intriguing. I found the sense of intimacy that could be felt during prayer to be the most favorable characteristic of this church. It didn’t feel cold from an emotional standpoint, even for someone who was not especially religious. Wanderers could feel a palpable connection to the church, regardless of their relationship to religion. 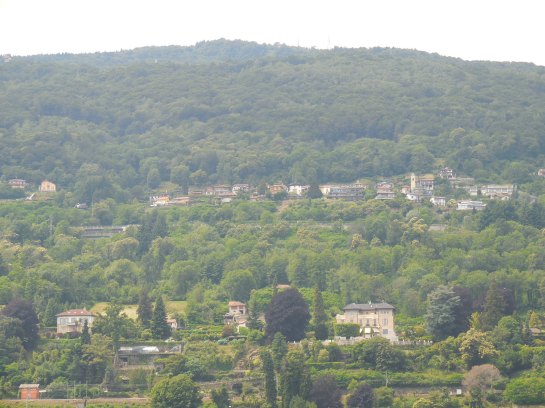 I ate at a café on the lakefront, gazing at another island and the calm waters as I finished lunch with a pistachio gelato. And, yes, I did go into one of those tacky tourist shops and buy some postcards for relatives in the USA.