I had relished my visits to Prague’s Müller Villa, designed by Viennese Adolf Loos and Czech Karel Lhota. Therefore, I was very excited to be touring the Winternitz Villa, on which those same two architects cooperated from 1931 to 1932. The three-floor house is located at Na Cihlářce 10 in Prague’s Smíchov district, perched on a hill from which there are superb views of the city.

Lawyer Josef Winternitz and his wife, son and daughter lived there until 1941, when they were sent to concentration camps, eventually winding up in Auschwitz. His wife and daughter miraculously survived. (His wife, Jana, would die in 1979 while the daughter, Susanne, would pass away in 1991.) In 1943 the villa was transferred to the city of Prague and became the home of a kindergarten. It was used in this capacity until 1995.

In 1997 the family’s request for restitution came through after a six-year battle. The villa underwent a three-year reconstruction period starting in 1999. Then the owners rented it to private companies because they needed the money. During 2017 the great grandson of Josef Winternitz decided to open the villa to the public for one week. The response was tremendous. About 5,000 people came to see it. The villa was open to the public on a permanent basis in April of 2017. 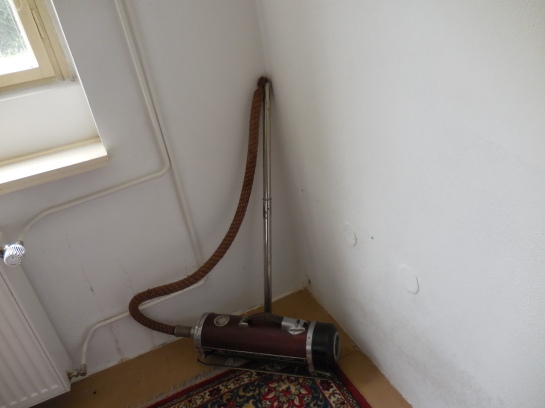 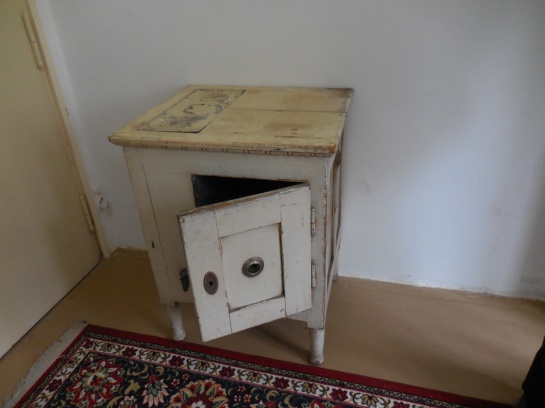 The exterior of the villa is similar to the Müller Villa. It is an austere cube-like shape without ornamentation of any kind, a trademark of Loos’ architecture. I admired the symmetry of the north façade and windows. However, for Loos the most important characteristic of this villa was not symmetry but incorporating the Raumplan, which involves each room being situated on a different level. There were six levels of complicated spaces. 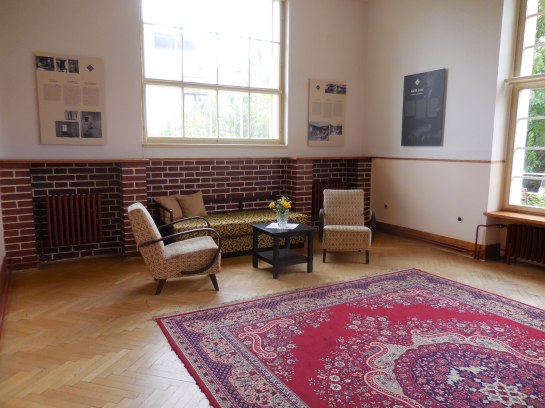 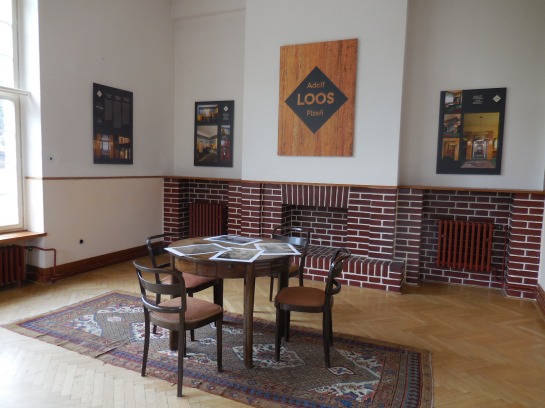 Soon, it was time to go inside. I walked down a narrow, dark corridor that opened onto a light, airy living room. I recalled the living room of the Müller Villa, which also was airy, light and a big space. The living room of the Winternitz Villa was 56 meters squared in size with a high ceiling measuring four meters. It was on a lower level than the dining room and small salon, which were both smaller rooms. The wooden floor of the living room was original as were the fireplaces and heaters. However, the furniture throughout the villa was not original. It had been lost during the war. The Müller Villa, though, had original furniture. 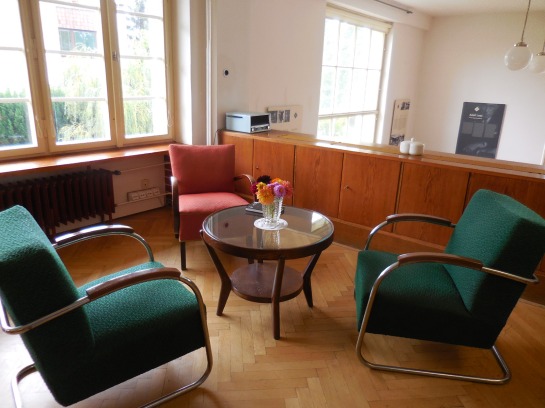 The small salon had cabinets with small shelves inside. Both the small salon and dining room were symmetrical. Although the library was connected to the salon, it was not possible to go inside because it was a private space.

On the next level, I loved the yellow and blue doorframes. Loos so often employed bright colors in his designs. Even the bright yellow fence outside was its original color. I recalled the bright colors of the children’s room in the Müller Villa. The red floors of this space in the Winternitz Villa also appealed to me. The first floor terrace offered some intriguing views of Prague. This terrace, though, had only been used by the kindergarten, not by the Winternitz family.

On the second floor, I particularly liked the small room where portraits of the family members hung. Seeing the faces of the family members made the experience of touring the villa more intimate. Thanks to the photos, I felt a certain connection to the family. I could imagine them in this villa, the kids coming home from school, the parents listening to the radio. One picture that was not a portrait showed the villa in 1995, at the time when the kindergarten was closed. It had been in such poor condition. I could not believe the difference between the condition of the building back then and the condition of the villa now. By the way, the grandson of Josef Winternitz designed the reconstruction that followed.

The second floor terrace had been used by the Winternitz family. The stunning views were framed by horizontal beams that came out onto the terrace. There did not seem to be a reason for having these beams there. At one time, it was possible to see Vyšehrad hill from the terrace, but a big building now got in the way. From the terrace, I saw the large high-rise in Pankrác, an eyesore to say the least. I could also see the National Theatre and Týn Church on Old Town Square. 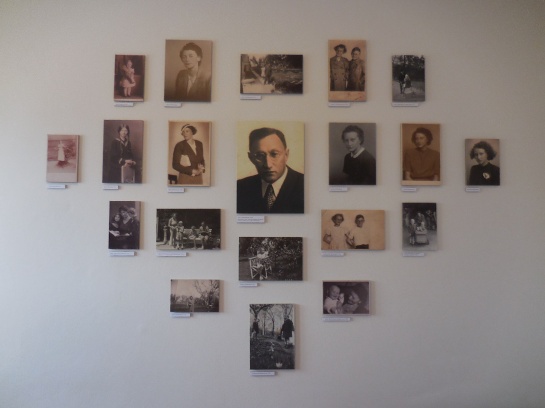 Pictures of the Winternitz family

The condition of the villa in 1995, when the kindergarten closed

The villa had been well worth visiting, especially after having toured the Müller Villa. Even though the furniture in the Winternitz Villa was not authentic, the pieces fit the style of the villa well. It was still possible to imagine the family members in those rooms, even without original furnishings. The villa was a perfect example of Loos’ Raumplan feature, so characteristic of his designs. The austerity of the outside contrasted the comfortable, intimate atmosphere of the interior. This was another trademark of Loos’ work. For those interested in modern architecture, this villa is sure to please.